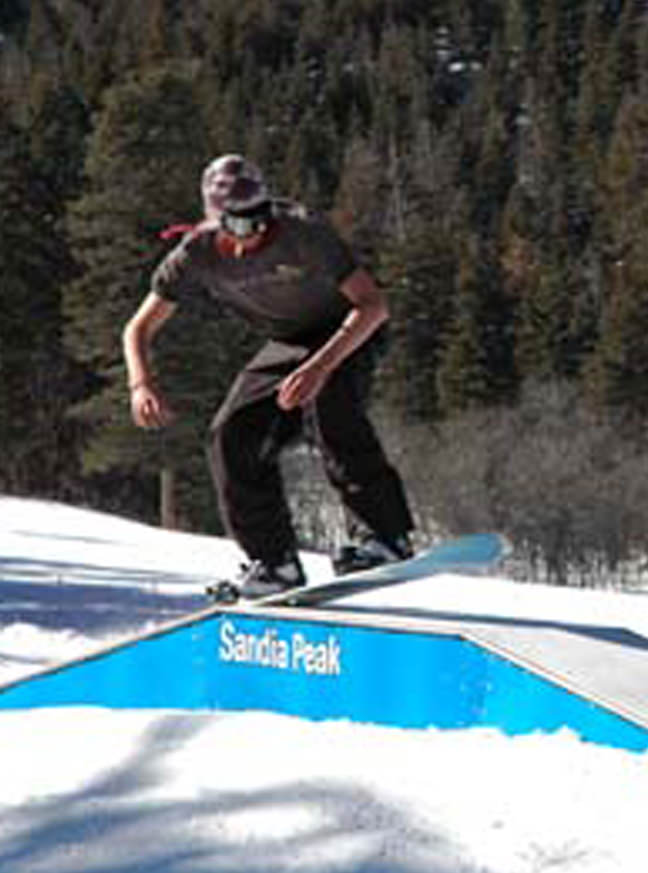 Accessible Tramway For Your Convenience

A trip on the Sandia Peak Aerial Tramway transports you above deep canyons and breathtaking terrain a distance of 2.7 miles. See some of nature’s more dramatic beauty unfold before you. At sunset the desert skies produce a spectacular array of color, and your vantage point from the observation deck atop 10,378 foot Sandia Peak in the Cibola National Forest affords an 11,000 square-mile panoramic view of the Rio Grande Valley and the Land of Enchantment. Located on the eastern edge of Albuquerque in the Sandia Foothills at the end of Tramway Road. Wheelchair Accessible Information Line Tramway: 505-856-7325 Sandia Ranger Station for Info about the Cibola National Forest: 505-281-3304 DON'T HIKE ALONE. Bring plenty of water and notify someone of your route and destination. Weather conditions can change unexpectedly in the mountains which may cause the Tramway to close without notice. For more information, contact the Sandia Ranger Station at 281-3304 Bikes and pets are NOT PERMITTED on the tramway Tram Ride 15 minutes from dock to dock Temperatures at the top of the tramway can be as much as 30 DEGREES COOLER

Accessible Tramway For Your Convenience

Accessible For Your Convenience

Mayo Center for the Performing Arts

Accessible For Your Convenience

Accessible Services For Your Convenience

Accessible Services For Your Convenience