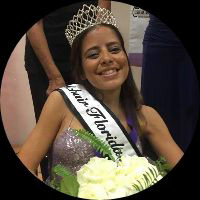 At age eight I was put into the public school district in a small town in the suburbs of New York. I was the only person with a disability in my whole school from first grade to my senior year of high school. In these twelve years I endured a lot of bullying that had long term effects. This had a long lasting effect on me until I decided on studying to become an educator for children with disabilities in college. This would be a decision I would be grateful for my entire life...

I can totally do this

My journey into education began when I applied to be a volunteer at a school for children with learning disabilities and within the Autism spectrum. After going to the school and filling out an application, I was then taken for a tour around the school where I thought to myself "This is awesome, I can totally do this!"

This self assurance disappeared a week later when my first day of volunteering had finally approached.  I remember taking a deep breath as the assistant principal opened the door.  As I wheeled into the classroom, I looked at each kids' faces as I thought; "What on earth did I get myself into now?!"

Gaining So Much More than I Expected

That feeling slowly disappeared as the day went on, and I got to know each student individually while helping them with their school work. I left the school at the end of the day with a smile on my face that lasted the entire semester. I volunteered three times a week, and each day was better than the last.  This feeling was something I did not expect because not only was I helping them with their education, but they were helping me with something so much bigger in return: self acceptance. I was finally able to let go of all the self doubt I had carried during all those years of being bullied.

This realization was so powerful that one day at the pool when a little boy swam up to me and said he felt sorry for me, I looked at him with confusion because I knew there was nothing to feel sorry for. I thought about his reaction, and decided I wanted to do something to help educate children like him on understanding and accepting people with disabilities. This is when I decided to write a story entitled "The Adventures of KatGirl."

After a year of working hard on completing the story, I then worked on finding an illustrator who could bring the story to life through wonderful childlike illustrations. This happened when I asked a childhood friend named Scott D'Antuono to do the illustrations. Another six months flew by as we put the final touches on the story and illustrations and formed it into a book.

After all this was said and done and the initial shock of being published had worn off, I immediately began contacting schools to start making presentations to children of all ages. I remember my first one  was to a class of third graders who looked so nervous when I wheeled in. I smiled and asked them "How do you feel when you see me in a wheelchair?" One by one their hands raised as they expressed feelings of sadness for me. I smiled again and began reading my story. I then raised the question again this time seeing hands shoot into the air as they said "You're so cool! Does your chair fly too?!" I smiled and answered "Not yet, but if you do all your homework maybe some day you can build me a flying wheelchair." They cheered with excitement!

Many similar events have occured since then over the last 6 years of my presentations, leading me to explore even more avenues of educating and advocating. One being a program I came up with called the Youbilities Program, which educates children on people throughout history that have accomplished great achievements in spite of their challenges. People such as Hellen Keller, Stevie Wonder, and Albert Einstein- just to name a few.

I also have expanded my advocacy to adults by reaching out to them in various ways. I have done this through face-to-face speeches, co-hosting radio shows such as "Brain Matters," and my upcoming show "Behind the Chair," which will show that we can live well-rounded fulfilling lives. I have also written articles for several magazines designed for people within the disabilities community. All in all, I have done a lot which goes to show that you have a choice to sit around feeling sorry for yourself because of those who do not understand or you can take that first wheel forward into educating and it could lead you down paths you never dreamed of.

I live in Sunny Isles Beach, Florida and I have a published children's book called "The Adventures of KatGir," I’m a public speaker, and a co-host for the online radio show "Behind the Chair." I received my Associate of Arts degree for Exceptional Student Education at Miami Dade College. I enjoy writing, surfing, and arts and crafts. I have Spina Bifida. I describe myself as determined, enthusiastic, and helpful.