yoocan - Trista Park - Learning The Beauty of Down Syndrome

Learning The Beauty of Down Syndrome 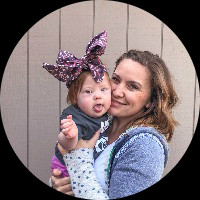 Curve Ball With Down Syndrome

Just when we think we have life all figured out, that's when we are thrown a curve ball and we are forced to leave behind all the things that once were and embrace change. When I found out halfway through my third pregnancy the baby that was being knit together in my womb had heart defects and Down Syndrome, I was an emotional wreck. I didn't know how to process through the information we had just recevied. I knew our lives would be forever changed but I couldn't even picture in my head what that would even look like. I was an emotional mess throughout the rest of the pregnancy and had no idea what we were in for once our sweet baby girl was here.

Our eyes first met moments after her speedy delivery. She was in my arms only briefly before being whisked away to receive oxygen and to be monitored closely. But within those first few seconds, I knew I had nothing to be afraid of. Bernadette was here and she was perfect.

At 2 1/2 weeks old, we handed Bernadette over for her first heart surgery. It was painful. I can still remember that moment I kissed her goodbye as if it were yesterday, I can feel the emotions. Her heart didn't do as well as was anticipated after her first heart surgery so the second one was scheduled much sooner than they would have liked. Her recovery after the second went much smoother and after two very long months of being in the hospital, we left with our baby in our arms just in time to be reunited with our other girls for Christmas.

What I Love the Most

The thing I feared the most is the thing I have come to love the most about Bernadette. She has Down Syndrome. And that terrified me before she was born. Mostly because I was ignorant. I didn't know many people with DS before Bernadette. I had no idea of how much I had been missing out on my entire life until she was born. Of course the heart surgeries and hospitilizations have been hard. Very hard. And she has had some extremely scary moments. But she is here, she is thriving and she is the greatest gift I could have ever asked for. She is the thing I needed most in my life that I didn't even know I needed. 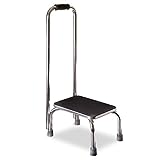 Mama bear of 3. Down syndrome advocate.