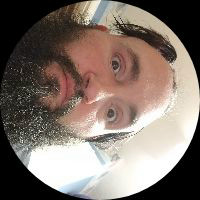 July 2, 2013 in Myrtle Beach, South Carolina started out as a normal day for my family and I. I headed out from the hotel at 11am and did everything as we would usually do. Unfortunately, I was in a little bit of a rush due to having to be at work that day. We still went to different stores and even got backtracked. Well, we finally made it to Rockingham, North Carolina and stopped at a truck stop just as you turn on to 220. I never realized that would be our last stop we would ever make. Not even five minutes up the road after leaving the truck stop, an 18-wheeler would come plowing through Route 1 and across 220 straight into us. That day my life was changed forever.

I woke up 3-4 days after the accident in the ICU to find out that I couldn't move anything, that my brother had been seriously injured, my daughter Anastasia had been injured, and that my wife had been killed. It was the worst day of my life, plus the info I got later on didn't help anything. I would later find out that I was diagnosed with a Spinal Cord Injury with a 20% chance of any movement at all coming back. I was devastated and didn't know what to think. After hearing this and wanting to give up, I couldn't and thanks to the help of two young therapists in Carolina Medical Center in Charlotte, I kept going even though everything hurt. I eventually made it to UVA and ended up at UVA Health South. Yet again I wanted to give up, but they wouldn't allow me to. With intense therapy I was finally able to use the auto ambulater on my last day without the arms attached. It was hard, but I did it. My journey didn't stop there, it took me next to Woodrow Wilson. Two days after being there, I took my first steps with people by my side. With my positive attitude finally in place, I realized that I could do anything that I wanted to. I also went from driving my chair with head controls to using a joy stick without training. I also was able to walk 2,500 feet every day and went to minimal assistance. Since then, I have not let anything deep stop me. I have had obstacles, but I have overcome them. I have been able to do lots of activities such as, going to two playoff games for the Pittsburg Steelers, two years of Mayhem Fest, Three years of Myrtle Beach with entering the ocean, and two years of Carolina Rebellion.

The point of this is no matter what, never give up and keep on going. Always figure out a way to do whatever it is you want to do. I was also a hardcore gamer before my accident and I thought that I would never play a video game again, but today I am able to play anything that comes out. Wether it's NBA 2k18, Destiny, Cod Infinite Warfare, Battlefield and Cod WW2. I also have to give a shootout to an awesome aid who started with me in January. Thank you for not giving up on me and keeping me going. Don't let anything keep you down.

I have a Spinal Cord Injury (C4 incomplete) & I don't let anything stop me!