Rare Disease And In Despair 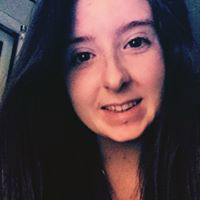 I remember my childhood being a very happy time with a lot of time spent riding my bike, playing at the park with my siblings, and being generally very active. I don't recall ever feeling troubled by pain beyond the normal scratched knee or bruised head until I was 11 years old.

I still remember the day when everything changed very vividly. I was in the car waiting for my Mum to finish her meeting when suddenly I felt a tightness in my chest. I didn't say anything to my Dad and siblings who were also in the car because I assumed I just had trapped wind or indigestion. However, the pain started to spread through into my  upper back, then up my throat. By this point, I was starting to get very distressed. The pain was intense and it was continuing to spread and get more and more severe. I must be pathetic. How come I can't cope with these common, everyday sort of pains like everyone else?!

Eventually, the pain got to be too much and I ended up rolling into the footwell in agony, tears beginning to roll down my cheeks. At this point, hiding the pain was impossible and my Dad asked what was wrong. I explained the situation and he quickly asked if I wanted to go to hospital/ call an ambulance. I still felt I was just being a wuss and that even if I wasn't, the pains would have gone away by the time I got there. Instead, we decided to go home and try to get comfortable and see if it went away.

I don't remember much more of what happened on that occassion, but a similar thing happened again a few months later with the pain starting in the same way but this time reaching all the way up to my ear leaving me rolling around on the living room floor as I tried to find a way to get rid of the horrible feeling I was experiencing.
This didn't happen again for a while after that time but when it did, we decided to go to the doctor to have it checked out in case there was something more serious. I saw a number of different doctors over the years, each one giving me Gaviscon, Rennie or something similar and sending me home with a diagnosis of indigestion or heartburn.

This carried on for a number more years before seemingly stopping at the age of 16/17 years. I moved away from home in search of work a couple of years later and lived mostly symptom-free during this time apart from the odd ocassion when I would wake up with pains in my chest and back. Thankfully, it was at this time that I discovered I could at least reduce the pain by sipping water, the colder the better, and managed to live with these attacks as and when they happened.

At the age of 21, I moved out into the city to have a 'proper' office job. Things were good, I was happy and the future looked pain free. Then it happened. I was walking to work one day and the pain shot through my chest, into my back and up into my jaw.  I was out in public and didn't want to draw attention to myself but I was in a lot of pain. As I was almost at the office, I sat down for a moment but when I reaslised it wasn't going away, I got up and walked as fast as possible to work. When I got there I slumped on the floor by my chair and tried to control my emotions but just a few seconds later the manager walked in and instantly noticed something wasn't right. He asked me if he should call an ambulance but I told him not to. It gradually eased off once more and I got back to work as usual. Unfortunately, or perhaps fortunately in this case, the attack returned just a few days later and lasted more than an hour growing increasingly worse. At this point, I decided I would try to get some help from the doctor as the pain was still happening so they might be able to see what I meant.

I walked into the doctor with tears in my eyes and was immediately given an emergency appointment with a nurse. She listened to how I was feeling, how long it had been going on and what I had tried to use in order to make it better and hooked me up to an ECG machine to track my heart. It showed it was beating faster than it should have been so we repeated the test and got the same results.  To be on the safe side, she got a doctor to come and take a look. This doctor was lovely. She decided to repeat the ECG once more but by this point it was slower and the pain was subsiding. However, unlike other doctors I had seen before, she didn't just write me off. She really listened and I believed she understood the pain I was in, so she referred me for both an ultrasound of my abdominal organs and a barium swallow - something I had never heard of before but upon research I discovered it involved drinking a radioactive liquid which would show up on an x-ray.

Finding A Diagnosis At Last!

I went for the ultrasound, which showed nothing. All my organs looked normal and healthy. The next test was the barium swallow. I didn't know what to expect but was told it wouldn't be pleasant. The barium was mixed up into a liquid which I was then told to hold onto and stand in front of the  x-ray machine. Next, I was instructed to take a mouthful of barium and swallow. Then again, and again. Finally, I was instructed to swallow a small amount of fizzy, lemon flavoured drink which I struggled to get down. Then it was over. The technician helped me off the machine and brought over to the screen where he pointed out a bird beak shape in my oesophagus which had been produced by the barium as it failed to get through into my stomach properly. 'I believe you have achalasia', he said. What was that? I had never heard of it before. 'You will need to have an endoscopy (camera down your throat) and a manometry (tube down your nose to check pressure in your oesophagus and stomach) to fully diagnose this."

I won't go into great detail but both of these were horrible tests. The manometry even more so as I had to be awake completely to be able to swallow on command. Although these were horrible experiences they were necessary and I was officially diagnosed with achalasia - paralysis of the oeosphagus resulting in a loss of ability to get food into my stomach and a tightness in the valve above my stomach. Within a matter of months, swallowing solids became impossible and eventually, even swallowing liquids would result in it coming back up.

Thankfully, after three failed attempts to fix my eating issues with dilations and botox, I was given the opportunity to have key hole surgery and have been able to eat again and now I know what is causing the chest pain (spasms in my oeosphagus as it tries to force food down) it doesn't bother me so much anymore. It has become a part of my life and although it is still very painful, I can manage it.

I am so grateful to that one doctor who took me seriously enough to listen and refer me for testing as without her, I dread to think what state my oeosphagus would be in now.

Enduring my life of pain with a rare disease whilst enjoying the special moments of good food, friends, family and fun and sharing it with YOU on my blog: theonlinelifeoflaurablog.wordpress.com.