A Love Story That Will Keep You Smiling All Day

What's meant to be will find a way!

Danny and Val attended the same high school and even worked together without ever officially meeting one another. Danny graduated in 2007, Val graduated in 2008, and in 2009 Danny was involved in the car accident that left him a quadriplegic. Shortly thereafter, their mutual friends began to flood social media with news of the accident, pictures of Danny, and inspirational messages. Then, in December 2010, Val stumbled upon a blog Danny’s uncle started shortly after his accident. She was intrigued by Danny’s last post, in which he listed his new phone number and mentioned he was learning to drive with hand controls.

Seeing as how he hadn’t posted in nearly a year, she used the holidays as an excuse to text Danny to say Merry Christmas and tell him how inspirational he is. Rather than saying “thank you” and leaving it at that, Danny insisted Val reveal her identity. She told him her name but reminded him that he didn’t know who she was. This began a series of non-stop texts and 48 hours later they went on their first date to watch a matinee showing of Tangled. Throughout the movie, Val quipped about the fantasy fairytale love and insisted that “true love doesn’t exist.” They spent over 8 hours together that day, grabbing lunch after the movie and continuing to get to know one another over drinks.

Their nonstop texting continued and, 2 months later, their whirlwind romance took Danny on his first flight as a quadriplegic to visit Val in New York City on Valentine’s Day. From that day on, Valerie and Danny were two peas in a pod. They’ve since kayaked, snorkeled, ziplined, traveled nationally and internationally, attended numerous wheelchair rugby tournaments, and celebrated every major milestone in their lives together, including the biggest of all – their wedding in April 2016. 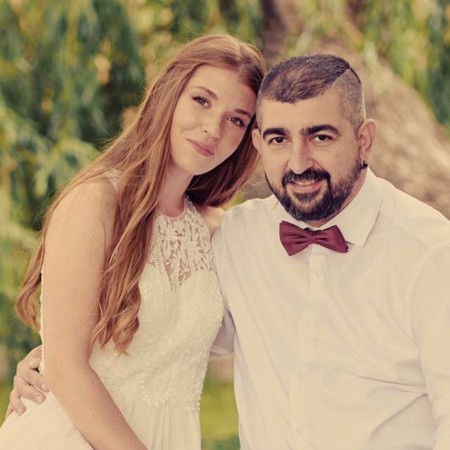 He’s the man of my dreams My name is Maria (@marriiaa_mm) and my lovely husband is Alper (@abenz1903) We wanted to share with all of you our best magic day in our life. We mar…

Danny was involved in the car accident that left him a quadriplegic. This is the love story of Danny and Val.