Why I Am Extra Grateful for Thanksgiving

Thanksgiving is always a time of deep gratitude for me. It is a time of reflection on a year that Thanksgiving wasn’t all about turkey and pie. When it was about birth and survival. About the joys of motherhood quickly dashed by the realities of life. Yes. This time of year, for me, brings out all the things I am truly grateful for.

On November 22, 2006...I went into labor with Caleb while baking pies. At 3:18am on Thanksgiving morning, I gave birth to a healthy 8lb 3oz baby boy. We snuggled and fed and did all of the newborn things. I was feeling quite a glow as a new Mom holding my second child. I sent him off to the nursery for a bit and began to nap.

When I woke, my little butterball was not to be found. I began to worry. I walked to the nursery to find him under glass with IV’s and oxygen, very ill. I was so confused. Things moved quickly that day and within only hours, I was holding him and saying what might be goodbye as they prepped him to be MedFlighted to a bigger hospital. I was too unstable to travel due to the birth, so I had to send him alone, not knowing if I’d see him again.

The next day they called me, letting me know just how very sick he was. He had a StrepB infection and needed to be sent to an even bigger hospital. Back on MedFlight he went. I drove 5hrs to be with him...beating the Leerjet by 20 minutes. When I got there, the NICU doctor said he had a 50/50 chance of making it.

They put him into a coma for nearly two weeks. He had 13 monitors, machines, and medicines. To this day, that NICU says he is the sickest baby they have ever seen. To me, he is a miracle. A child, who by everyone’s eyes, wasn’t going to make it, but did.
Tomorrow he will be 11yrs old. A birthday on Thanksgiving this year. And everywhere he goes, he changes lives by who he is. How he navigates this world. Leading with his heart.

I wish you all a Happy Thanksgiving! Filled with love, joy, family, and connection. 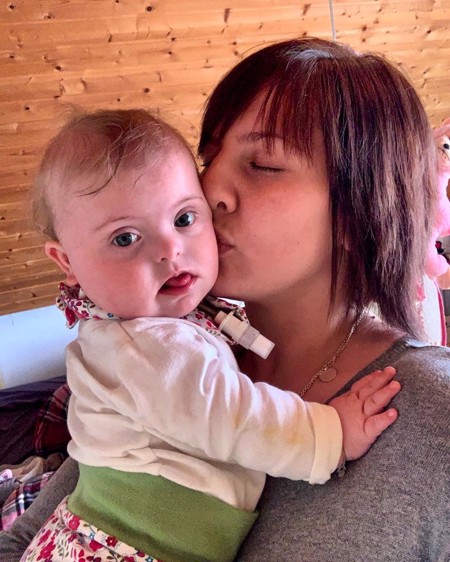