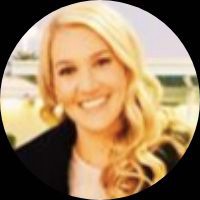 Hey! My name is Laura Hines.  I'm 27, live in Southern California, and teach Kindergarten. When I was 5 days old, my parents received a phone call saying that something was detected in the hospital's newborn screening, and they needed to bring me back to the hospital immediately. On that day, I was diagnosed with Phenylketonuria, or PKU, a rare genetic disorder. My parents had very little knowledge of what PKU was and without the Internet to research, they went back to my mom's old nursing school textbooks to find about a sentence of information on PKU. What they found out was this: I was born with very little of an enzyme that breaks down phenylalanine, or "phe," which is in protein. So, basically, I can't eat protein. If too much "phe" is in my blood stream, it creates brain damage resulting in symptoms like fatigue, mood swings, memory loss, headaches, fogginess, seizures, etc.

Growing up with Phenylketonuria (PKU)

I grew up on a very restricted diet, including food engineered to having little amounts of protein in it (and very little taste!), and grew up drinking "formula" that basically gives me the nutrition I need that I'm not getting from my diet.  When I got to my teenage years, I started to have a really hard time managing the disease. I wanted to go out to a restauraunt with friends and eat something and just be normal. I went one time to a Mexican restauraunt and ordered ONE tortilla with friends as they ordered huge plates of food, went home hungry, and I went home feeling terrible. I became frustrated, so I ignored PKU as if it would just go away (not recommended!). I didn't want to take advice from my doctors or parents and did the best I could to hide what I was doing to myself from those who cared. I went to a camp for PKU people when I was 16 and met other women who were not taking care of themselves and after seeing their symptoms first hand...I flipped out!  I cried the whole way home and knew that this was my God-given wake up call to get my health back on track before I do some horrible and permanent damage to my brain and body.

Since I understand how hard PKU can be and have struggled myself, I have a heart for those who are struggling with PKU.  In the PKU community, roughly half of the United States' PKU population is not receiving treatment for various reasons. I believe that Jesus has given me a message of hope and love to share with those in my community by directly relating to the hard spot they're in.  I recently started to travel around the country and share my story with others and have realized how many people are desperate for help. I decided I'm not going to go another day without trying to make a positive change in our community. On PKU Awareness Day (December 3rd) I launched my Youtube channel called "Thriving with PKU" where I share low in protein/vegan recipes, encouragement, and awareness for those with PKU and Allied Disorders. I hope you'll tune in, too, to enjoy a fun, yummy, and healthy recipe some time!

I have Phenylketonuria, or PKU, a rare genetic disorder.