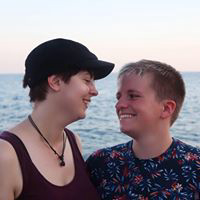 Brittle From Birth With Osteogenesis Imperfecta

I was born with a rare bone condition called Osteogenesis Imperfecta. If you don't know latin, that's 'Brittle Bones' to you and I. Due to a genetic mutation affecting my body's ability to produce collagen, my bones are low in density and therefore more fragile. In my case, it was the genetic type that was passed on to me through my mother. I first fractured in the womb, and then broke both my legs at 5 weeks old. From then until I was 10 I was fracturing back to back.

GROWING UP WITH A RARE CONDITION

Due to my condition being a rare one, it meant that many people were unaware of what it meant. It also meant that I was surrounded by people telling me what I can't do it in fear of fracturing. When I was in junior high school, I never got to go outside during breaks and lunch. I was never able to participate in PE lessons, and I missed out on school trips because everyone else was scared of what COULD happen.

For me, I felt like it defeated the object of me attending a mainstream school because I wasn't allowed to properly engage and interact with the mainstream system. So I became very isolated and depressed.

I knew that I was capable of more, I was just not given the chance. As I grew older, my dad could see the energy and desire within me. I wanted to take opportunities, learn new skills, and be active. I didn't need protecting anymore in this suffocating bubble. I would rather fracture through doing something exciting, then just falling over at home. There are risks everywhere for all of us, but you just have to take that CHANCE.

A PASSION FOR SPORT: London 2012 Paralympics

What really stuck with me from early on in my life was swimming, as I was weightless in the water so I could move around freely. I really enjoyed it, and over the years represented my schools, town, county, region, and country. The goal was to attend the London 2012 Paralympics.

A CHANGE IN DIRECTION

However, in 2012 a fracture in my spine was discovered after years of intense lower back pain, which led to spinal surgery in 2013 that unfortunately went wrong. How wrong you ask? I don't exactly know, nobody does. But after the surgery I woke up in HDU unable to move from the waist down.

What should have been a routine procedure and a five day max admission, turned into nearly four months admission learning to eat, drink, pee, poop, sit, stand and walk again independently.

During this time I hit the lowest point in my life as I was not prepared for something like this. My entire world has flipped upside down. Once I was finally back home, I made a plan to get my life back on track. To find my vision and my purpose again.

The World Has Plenty Of Critics

Following on from returning home, I was attending an event which supports people suffering from my condition. I met a GB wheelchair tennis player who really ignited my desire to compete in sports again. I hadn't played much tennis before, but it was something I wanted to explore more.

After a year of training hard, and being put in contact with a local GB wheelchair tennis player, I became the subject of bullying by these two athletes that gave me the hand up in the first place.

Once again, I felt kicked to the ground and that I had lost my vision. I had done nothing against these people, but worked hard with them to be as successful as they were. But perhaps that was the problem? I was getting too good, and I became a threat. It was in that moment I decided I needed to get rid of all the negative people in my life, and so I abandoned wheelchair tennis too. A negative mind will never give you a positive life. I wanted to be apart of something where fellow athletes could support and encourage each other. It's called 'sportsmanship'.

In 2015 I was volunteering at a disability sports event for high school kids. One young chap was chatting to me about the wheelchair racing he does, pointing out that actually my upper body strength looks good and I should come down to try it out. I had a good think about it, and thought here's a change, an opportunity, so I took it!

Later that week I went down to the track and was greeted by the coaches. I jumped into a racing chair, and once I'd got used to moving it, we recorded some 100 metre times. To theirs and my surprise, I put down some pretty impressive times!

Within four weeks later I had entered and competed in the London Westminster Mile and London City Mile where I placed 2nd in BOTH! I guess you could say the rest has been history...

WHAT AM I DOING NOW?

I am currently now a member of the British Athletics development squad 'Parallel Success'! I compete internationally and am on track to achieve my life long goal of becoming a Paralympian, with the aim to compete at the Tokyo 2020 Paralympics.

Off the track, I am independent in every aspect of life, in a great relationship with my partner of over 1 year, drive my own car, and give motivational talks to encourage others. My message to each of you reading this is YOU are significant. Passionately play your position. Strive to be the best and in doing that you'll encourage others to do the same.

To support me on my journey, you can find me at:

As a self funded athlete with no financial sponsors, I am depedent on kind donations to keep training and competing. If you would like to donate or share my page, please check it out here...
www.gofundme.com/lizziewheelz2018

Alternatively, if you want to get in contact privately then drop me at email at:
lizzie@lizziewilliams.racing 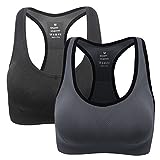 I am an athlete living with Osteogenesis Imperfecta. "YOU are significant."