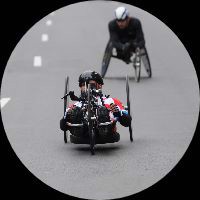 The Day I Was Injured

On July 10, 2009 while on a routine intelligence mission patrol with my team, our convoy came under attack. My vehicle was hit with RPGs (Rocket Propelled Grenades) and small arms fire causing me to be severely injured in the gunner’s turret while my team members were inside. I continued to engage with the enemy and eliminate the threat to help get other injured comrades to safety by being medically evacuated by helicopter (Medevac’d). I was was injured, but unaware of this until I became lightheaded and lost feeling and control in my left side. I was then promptly put on the medevac with my teammates and flown back to the Outpost where I was stationed. At the field hospital, with little equipment, it was soon realized that I had suffered a Traumatic Brain Injury, Chiari malformation (acquired), spinal contusion, minor shrapnel, abdominal wounds, partial blindness, left side paralysis, and other smaller injuries.

The Surgery That Changed My Life

While back home, after being discharged from the Army, my TBI symptoms began to worsen. Although my injuries were all service connected, the VA continued to give me the run around and heavily medicate me with narcotics and pain relievers as the only solution to my symptoms.

On July 23, 2013 I underwent brain surgery (Posterior Fossa Decompression)at a civilian hospital in New York to help with my TBI and Chiari. The outcome of the surgery helped with many things, to include stopping the black outs. On the other hand, because the surgery was risky, I suffered more trauma to my spinal cord and brain which contributed to the loss of use of both of my legs and feet. I am forever bound to a wheelchair now and am a paraplegic from the waist down. Although I'm still not done with Brain surgeries and I frequently travel to New York by means of fundraising alone, I am very fortunate to be able to come this far, and I am humbled by all of the support. I still require many brain surgeries and continue to struggle with pain associated with my injuries, but I am doing better without any medication and exercising more. My next surgery will involve fusing Cervical spine #1-3 (C1-C3) in order to stabilize more of my vertebrae and brain stem from the continuous worsening of my injuries.

With the years passing, I began to put on a lot of weight due to being wheelchair-bound and losing hope. It was around July 2017 when I told myself, “this is enough! I need to lose this weight and get in shape!” I then began to do cardio on my handcycle that I had since 2015, but never rode. I started the first day at 8 miles, the second day at 13, the third day at 20 and never looked back. Since hitting 20 miles, I have been training 20 miles a day.

From War injuries to traveling the U.S.A. competing in Marathons

About a month into posting my rides on social media, a friend who is an amputee and member of Achilles Freedom Team of Wounded Veterans noticed my new passion of riding and asked his team coordinator if I could join the team. I agreed and became part of the Achilles family. I have since competed in three Marathons back to back: Oct. 15:  2017 Detroit Free Press (7th out of 31) Marathon, Oct 22: 2017 Marine Corps Marathon (13th out of 100+), and the Nov 5:  2017 TCS New York Marathon (17th out of 69).

I now have a coach and I'm currently training to compete in more Marathons across the United States, hoping for National events. I dream of one day being part of Team USA and competing in the Paralympics. My next Marathon will be the 2018 Miami Marathon held on January 28, 2018 in Miami, Florida, USA.

I have a Bachelors in Applied Sciences from Wayland Baptist University in the field of Human Services and Psychology. I aspire to continue to help other wounded veterans that are in similar situations and love to advocate for VA reform to better the health care of wounded veterans. I also take great pride in being an active board member and the Graphics and Media Director for “HALO For Freedom Warrior Foundation,” a 501(c)(3) non-profit organization that also helps wounded veterans.  My hobbies include: graphic design, woodworking, exercising, riding & competing in Marathons on my hand-cycle, drawing, painting, helping others, volunteering with non-profits and his church, fishing, hunting, and more than anything: spending time with my family and service K9 "Bravo."