An Unlimited Women With Tetraplegia 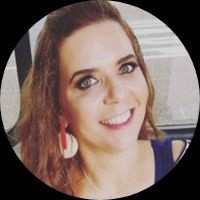 One day I found myself  bleeding in my cervical spine causing me to lose all movement below my shoulder. In fact, I believe a miracle made the bleeding stop while my parents were telling my brothers and sister I could die in the days to come. The difficulty in breathing ceased and some arm movements returned, but I could not move my fingers or legs.

At first, I was sad and cried. I was reluctant to accept assistive technologies. I entered the hospital walking in with a neck pain and left in a wheelchair with Tetraplegia at levels c5 / c6. It was time to relearn to live, and I did. I realized that I was still the same girl with the same dreams with the same rights to be happy. With faith in God, support from my family and friends, I have moved on. I learned to tie my hand in a racket and I started playing table tennis. To my surprise, I became a good athlete and won the Brazilian class two champion eight times. Table tennis opened up several opportunities, and motivated me to be more independent.

What I've Done In my Life With Tetraplegia

My life definitely changed when I decided to travel abroad to Greece. At that moment, I needed two people to help me in daily life. I could not even imagine traveling domestically. However, I currently have a new dream to watch the Paralympic Games. This new motivation increased my courage and as a journalism student, I enrolled in a university project to cover the Paralympic Games in Athens, Greece. It was not easy. I had to go back to the rehab hospital to learn how to do everything with just one caretaker. We have learned to make simple activities for a person without physical limitations, and a big challenge for us at that moment, such as transferring to the wheelchair, taking a shower or using the toilet. After this training, I thought I had achieved my independence, but it really had come when I faced all the problems I had during the adventurous journey.

I have learned that problems have a solution. Therefore, you have to avoid problems happening, and if you cannot not prevent them, you must try to fix them. I believe that a successful plan made me stronger to always seek more. Looking back, I did not stop my life or complain about about what I lost. I look forward to all good things  that are happening in my life. I graduated university and became a television reporter. I was the first quadriplegic journalist on a daily TV news story in my country. At the end of 2017, I was selected to represent Brazil in the first Miss Wheelchair World in Poland. I have never been a model before, and I had the most unique experience in my life with 23 other beautiful women on wheelchairs from many parts of the world. I was fourth place in the popular vote and my self-confidence strengthened. I believe the best is yet to come. Yes, we can. For the future? I would love to find a special partner to share the next experiences. This would be a great adventure!!!

I am unstoppable & living with Tetraplegia.