How I Live Life As Normally As Possible with Transverse Myelitis 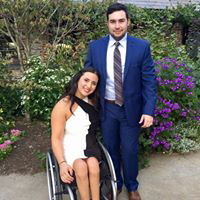 The Beginning of Transverse Myelitis

It was July 10th, 2009 and I was 14 years old (16 days before my 15th birthday). I was participating in a travel camp for 3 weeks on the west coast of the US, far from my home in New York. I was with 40 other teenagers, a few counselors, and far away from my family - but I was perfectly fine. On the 8th day of the trip, we were on our way to Las Vegas on a bus - a trip that was going to last about 5 hours. After about the 2nd or 3rd hour, we stopped at a gas station to stretch our legs, use the restroom and buy some snacks. When the bus stopped and I made it to my feet, I noticed my butt, legs, and feet were pins and needles, but I figured they were just asleep from the long bus ride. Holding onto the seats, my legs were wobbly, but I made it off the bus into the 100+ degree sun of Arizona. I took one step and realized my legs were not going to hold me much longer. After sitting down on the burning pavement, I realized I couldn't feel how hot the ground was underneath me. I also could not feel the sensation of having to urinate anymore. Half in a panic, and half in a daze, my counselor came over to help me to my feet one last time. Even more wobbly than before, I managed to stand one more time, but little did I know it was the last time. Maybe 2-3 seconds later, my legs gave out from underneath me and went completely numb. Nothing. I felt nothing from my belly button down. In a matter of 5 minutes, maybe less.

I was carried onto the bus, surrounded by my 40 new friends who were all more concerned than I was, and a counselor who was on the phone with my parents who didn't seem so worried at first. The nearest hospital was 45 minutes away - a small hospital with no imaging equipment and definitely not what I needed at the time. By the time we made it to the hospital, I still felt nothing in my legs, and I felt nothing in my head. I was so nervous that I had become numb. I was wheeled into the emergency room by my counselor with a blank look on my face. Even as the ER nurse pricked my legs with a safety pin, hard enough to make be bleed a few times, I sat there straight-faced and confused. Once the nurse realized I was not faking this, I watched her face turn white and the next thing I new I was strapped to a gurney, neck brace on and my clothes literally being cut off my body. It definitely was not normal for a healthy 14 year-old girl to lose all feeling in her legs in a mere few minutes. My bladder was distended due to not being able to urinate on my own, and I was immediately catheterized (thank god I didn't feel that!). This hospital was so small and so under-equipped that I was flown on a small lier jet to the closest children's hospital, which was in Las Vegas. Once I was there, I was immediately rushed into an MRI machine and an IV was stuck in my arm filling me with steroids and fluids. I had every test known to man - CT scans, blood work testing for EVERY POSSIBLE DISEASE, a spinal tap, and 4 MRIs - maybe even more. Hours later when all the initial panic settled down, I was finally able to get in contact with my parents. One of my counselors stayed with me this entire time and she was talking with them the whole time, but I was undergoing so many tests that I didn't even have the chance to speak with them. Once my parents realized how long it had been since I felt anything, they really started to worry. The first thing I remember hearing is my mom crying on the phone telling me my dad was on his way to the airport and getting on the next flight to Las Vegas. I was still numb, emotionally. I sat there poking my thighs, my lower stomach, feeling absolutely nothing. But I wasn't sad, or nervous. I felt nothing for a few hours. Until my defense mechanism kicked in and all I could do was make jokes. I don't think I realized how serious this situation was, or how permanent. My dad finally arrived in the middle of the night, coming into my hospital room and seeing his youngest daughter hooked up to machines. I've never really seen my dad cry before, but I saw tears in his eyes that day. Tears and panic. Two days passed by, more tests were run and more viles of blood were taken. Until a visiting doctor from the Children's Hospital of Philadelphia stepped into my room and introduced herself, along with my diagnosis. Transverse Myelitis.

What the hell was Transverse Myelitis?! No one, including my pediatrician had heard of this horrific disease. Apparently my body had attacked my own spinal cord, damaging the nerve endings and leaving me paralyzed from the waist down. And the prognosis? There was none. Some people recovered, some people didn't. No one knew why I had gotten this illness, and no one knew if it would ever go away. I was not sick the week before, the day before, or the minute before I lost feeling. I was healthy, active, thin, and fine until my body turned on itself. And then the pain kicked in. My body was going through a trauma, and I had pain in my back that I had never experienced before. It had me on bedrest for over a week, being pumped with pain killers and unable to eat from the pain. It was so horrible I wouldn't wish it on my worst enemy.

After two weeks in the hospital in Las Vegas, I was transferred to a Children's Rehab hospital back in New York near my home. My mom, who flew out to Vegas after my dad had to return to work, accompanied me on another lier jet, roughly the size of an SUV, and we endured a 6 hour flight back to the east coast. I spent 7 weeks in rehab, learning how to use a wheelchair, dress myself, use a catheter, and basically attempt to regain my independence. And I didn't give up for a second. I never realized how strong of a person I was until I was put to the test. I had more good days than bad, despite celebrating a birthday in the hospital and spending the rest of my summer in a diaper at 15 years old. I did not recover any feeling since July 10th, but I was able to manuever my way through life by myself as much as possible. I was able to return to high school in September with my friends, and attempt to be a "normal" teenager. It was the hardest thing I've ever had to do.

It's been almost 9 years since my diagnosis, and I am stronger and more independent than ever before. I learned how to drive at 16, along with my peers, just with hand controls instead of foot pedals. I went to prom. I lost my virginity. I graduated college. And now I am in my second year of graduate school, pursuing a doctorate in Audiology. I will be Dr. Bender. And people still always ask me "will you ever walk again?". And I honestly have no idea. I spent years in physical therapy, constantly pushing myself to my limits and seeing nothing in return. No change in feeling or movement. So I decided I wasn't going to spend the rest of my life hoping and trying to walk again. I was going to live my life as normally as I possibly could. I knew my life was never going to be what I imagined, but it would be something entirely new and different. Of course things are always going to be a little harder from a wheelchair. This world was not made with us in mind - but there are always ways to over come. Maybe one day I will gain feeling in my legs. Maybe one day I will wiggle a toe, or bend my knee. And don't get me wrong, it will be the happiest day of my life. But for now I'm going to live my life. I'm going to get a job, travel the world, have children, and maybe one day feel the sand between my toes. 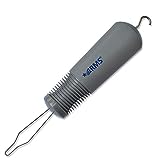 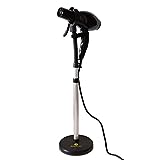 Two prothesis? I can handle them! Hi, I'm Andrea and I'm a 9-year-old boy. I was born with a rare condition called Fibular Hemimelia. After many surgeries, I had two amputations …

Hi there! I'm a 23 year-old who was diagnosed with Transverse Myelitis in 2009. I'm a T10 complete paraplegic, but I don't let my "disability" keep me from living my life. I'm currently in graduate school pursuing a degree as a Doctor in Audiology. I have a wonderful family who supports me and a boyfriend who loves me for who I am, wheelchair and all. Follow me on instagram @livbender726.