yoocan - Ben Duffy - Take A Look At This Heart: A Film By Ben Duffy

Take A Look At This Heart: A Film By Ben Duffy 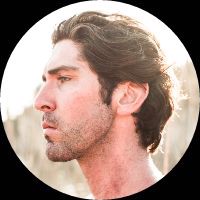 It All Started With "HeartChild"

When I was 24 years old, down and out in life from having my heart broken from the woman I loved, I was approached by Matt Hawkins, an amputee from Kansas City who had seen my 2nd feature length documentary "HeartChild". He had asked me if I wanted to make a documentary about his adaptive sports clinics. I saw this as a beacon of light. I had no idea what I was getting myself into, and I had never worked with the disabled community before. All I knew about disability was from my mom who had anterior horn cell disease, which left her hands nearly paralyzed after 36 surgeries.

The film was only supposed to be 10 minutes, but it turned into a 1 hour film called "Tin Soldiers" featuring Zack Ruhl, Alana Nichols, Quinn Waitley, and more. But the journey didn't end there. I was then hired by yoocan to produce 40, 1 minute videos on people in the disabled community. It was a great joy in my life, and boy oh boy did I meet alot of amazing people. But the biggest blessing that came out of it for me was meeting AJ Murray. After AJ's interview, he said to me "Ben, you should do a documentary on love and sexuality within the disabled community". I was like whoa.....thats one heck of an idea! But I was so down and out once again. I was trying to give up on filmmaking, I tried working at a grocery store....and I had a mental breakdown. I quit the job after 3 days and I felt completely screwed.

My New film on love and sexuality within the disabled community

One day, I said to myself, you know what....as I started to cry....let me just freakin try to make this thing! I was sitting on my friends couch, just a few days away from being homeless. I called my friend in Austin, TX, and I asked if I can stay with him for a month. He said .... "well...whats your plan?" I said..."I'm going to try and raise money on Indiegogo to make this damn film. I know I can do it." Being the amazing friend he is, he let me come down and stay. And I worked my butt off to get this film underway. From that point on....man oh man, its like the stars were aligned.

Take a look at this heart: love and sexuality in the disabled community

EVERYONE wanted to be a part of this film. Chelsie Hill, Ali Stroker, Tamara Mena, Angela Rockwood, Spike Kane, Patrick Ivison....everyone was completely on board from the moment I asked them to be a part of it. From that point on...again everything worked out perfectly. I flew out to california with my cinematographer, with my last 600 bucks, and I shot a good 70 percent of the film within 10 consecutive days. It was like a scheduling miracle. Now I present to you, my latest and my favorite film I've ever made "Take a look at this heart". A film about the very taboo subject, love and sexuality in the disabled community.

Ben Duffy is 28 year old filmmaker from NY who has made 8 documentaries. Starting from as early as 13, ben was introduced to a camera and an editing software AND a skateboard all in the same year. He then went on to the School Of Visual Arts In NYC but dropped out after his freshman year to pursue his first feature length documentary titled “We Are Skateboarders” which became the 2nd highest viewed feature length skateboarding documentary on YouTube. Almost ten years later, Ben remains to operate on micro budgets to complete beloved documentaries.