yoocan - Dawn Alsept - Dear Fear: A Mother's Story of Having A Child With Down Syndrome

Dear Fear: A Mother's Story of Having A Child With Down Syndrome 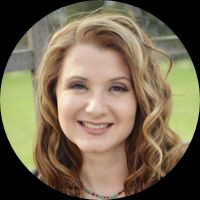 We will not let fear win

It is always fear that keeps us from embracing new situations. I found this out first hand when I learned, at birth, that our son had Down syndrome. I was crippled with fear. It was fear of the unknown path we were embarking on.  It was fear of the young man and adult he would one day become. It was fear of a future I did not understand and fear that was deep seeded in antiquated stereotypes. When I turned to the internet, I found even more fear. I was afraid of all of the health conditions that could arise, the heart problems the delays, the therapies, all of it perpetrated my fears. It was then that I had to make a choice. I could live crippled by this fear and allow my life to become colorless like the misty gray fog that seemed to be embracing me, or I could change it. I chose to change it. I chose to change my perception and that of every other mom that would come along after me and fall into the same snare of fear that I had tripped into. I found that in embracing our new life, and helping others, I no longer fear. In the first year of his life I fought fear and learned to reclaim my joy. By helping other moms on this path, I also found gratitude for this detour that I wouldn’t have chosen, but would now never change. The fear is gone now and has been replaced by hope, and a genuine excitement for the future. My son has caused me to become the biggest advocate for him and all those with Down Syndrome.

Together we have launched what is listed on Feedspot as the #1 Down Syndrome site. We have provided gifts to welcome baskets across the nation, shared diagnosis stories from around the world on our site, and we have launched a brand new children’s picture book to show the world that there is nothing to fear because children with Down Syndrome are beautiful souls that one should count themselves lucky to encounter. Down Syndrome is not the monster of a diagnosis I thought it was and my son is proving that to me every day.  I want the world to know this so that mothers who receive a diagnosis either at birth, or prenatally, will see that fear need not win.  It is my dream to put so much positive out there that fear takes a backseat and barely sneaks in as an afterthought. Dear fear, you did not win, we are conquering you.

Dawn is a daughter of the King, a wife to her best friend, and a mom to 6 blessings (one of whom has Down syndrome). She and her family homestead on a small farm where she raises chickens, pigs and children. She blogs over at www.cedarsstory.com to spread awareness for Down Syndrome and has just authored a children's picture book releasing on 3/21/18, World Down Syndrome Day. (You can buy it on Amazon)