yoocan - Maddie Conway - What Does “Accessibility” mean to you?

What Does “Accessibility” mean to you? 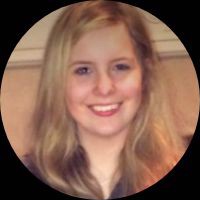 The meaning and impact of “accessibility”

According to the dictionary, the word “accessible” refers to “something that is capable of being reached, or something that is capable of being used or seen: available.” When you think of places or things that are accessible to you, what do you think of? Do you think of yours and others’ houses or apartments? Transportation? Restaurants? Coffee shops? Clothing stores? If those places are all readily accessible to you, and you do not have to think much about utilizing any of them, you are fortunate. Because for myself and millions of others living with some sort of physical limitation, we must carefully consider whether or not these places are truly accessible, and plan accordingly if and when we wish to utilize them. When we don’t do so, or we take others’ word for it, this can create major roadblocks in our lives.

For instance, currently I am in graduate school studying to be a school counselor. I have lived in on-campus housing for the past few semesters, and I was looking forward to doing so again. This semester, I was happy to hear from my university that an “accessible” single apartment was available, and I was looking forward to having my first space of my own. I was told this place was fully accessible, but I was also told I could not see it until after the semester started. I agreed to those terms because I trusted that they knew what “accessible” meant to me, as they know I utilize a power chair. I couldn’t wait to move in.

Even though I trusted my school’s knowledge of physical accessibility, I decided to call and double check before the start of the semester. When I called, I first inquired about the bathroom. I asked, “Are there bars for me to hold onto near the shower and the toilet?” Response: “Yes, there are.” Me: “OK, great!” “And how about the shower? Is there a lip (threshold) to get in? Is it accessible??” Response: “I think so… I’ll check with maintenance.”

I think so is typically not a good sign regarding accessibility

I have found that in situations regarding accessibility, “I think so” is typically not a good sign. Turns out, there was an inch and a half threshold to the shower, and there was no shower chair installed into the wall.

I know an inch and a half might seem like nothing. But when utilizing a power chair, an inch and a half might as well be Mount Everest. And without a shower chair installed, I could easily fall, as portable ones have the potential to slide out from under me. When I inquired about having this inaccessible shower repaired to meet my needs, I was told, “I don’t know if it can be done.” So I simply asked, “Why not?” Let’s just say that did not go well. So as a 23-year-old independent young woman, I had to have my Dad call my University to see if he could help get the issue resolved.

The school took my dad seriously, and he was told fairly quickly that the shower would definitely be made accessible for me. All was going to be well (almost). Upon entering the apartment, I found that none of the appliances were accessible either. The microwave was far out of my reach, and the stove was unusable to me.

The importance of accessibility

In the end, the inaccessible shower is going to be fixed, and the appliances are being made accessible, too. I am grateful that the necessary changes are being made. But I am also frustrated. I’m frustrated that when I simply inquired why my needs were not being met, I was perceived as “rude.” I’m frustrated that more often than I care to admit, people don’t seem to take me and/or my voice seriously — even when I am advocating for my most basic needs. Lastly, I’m frustrated by the fact that almost 30 years after the Americans With Disabilities Act was passed, too often people with disabilities still might as well be told they must climb Mount Everest just to participate in life as fully as anyone else.