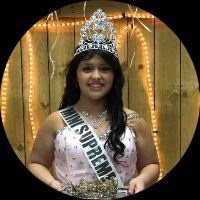 In the past few weeks I have shown my support to many disability awareness days, including Cerebral Palsy which I have. I wore my crazy socks for Down syndrome awareness, purple for Epilepsy, lit up blue for autism, and painted the world green for Cerebral Palsy awareness. The thing I noticed is all these other awareness days were publicized on local and national television. The White House even lit up blue for Autism awareness. My friend Richelle Heath and I started in November emailing and writing businesses, government offices, sports teams, local and national news stations etc. We sent out over 500 emails and received only about 10 responses. While we did get the Skyview Atlanta to light up green and a local DJ in Knoxville TN (Hot Toddy on Star 102.1) announced that it was National Cerebral Palsy Awareness Day on air, there was little to no interest.

There are currently approximately 17 million people living with Cerebral Palsy worldwide yet it receives little attention in the media, little funding for research and testing, and basically unless you are on social media and in the Cerebral Palsy community online you wouldn't be aware that Cerebral Palsy even has an awareness day. I support all disability awareness and I am pleased that these other disabilities received the attention that they did, but my question is why are their awareness days considered more important to the general public? World Cerebral Palsy Day is October 6 and we are back to sending our emails. Please help us bring Cerebral Palsy awareness to the forefront by asking local businesses, government offices, news stations, etc. to help us spread the world to #LightUpGreen 10/6 for cerebral palsy awareness. I don't wish to take anything away from any other awareness for any disability, but I believe all disability awareness days should matter (not just a select few!) Stand up! Together we can make a change!

I am 16 years old and have mild spastic Cerebral Palsy. I have a Facebook awareness page "A Stairway To The Stars Heaven's Journey With CP," I am the Co-founder of #CPDreamTeam t-shirts & Junior Miss Knox County TN MARS 2017. https://www.facebook.com/AStairwayToTheStars/