How A Bike Accident Caused My Traumatic Brain Injury

When I was 19 years old, I was a competitive cyclist and was just asked to join a racing team after being a captain in a 50 mile trial. Three weeks later, the 3rd week of my freshman year of college, I was hit by a 4000 POUND 1976 Old's Cutlass Supreme at 60 mph. Witness testified that the 91 year old driver hit the accelerator instead of the brakes before he hit me.

A forensic BICYCLE accident described the physics of what happened. The force on my bicycle was 499,905 pounds of force for a millisecond. On impact, my back wheel went through the left calf to the bone, I had just stood up on my pedals to climb a 45 degree angle hill. The witnesses said that it looked as if I had been shot of a Canon. I was ejected 13-15 stories high at a 45 degree angle and flew approximately 75 miles per hour through the air and landed on the highway 253 feet from the impact point. According to the witness I bounced big, high long bounces. The Forensic bicycle accident analyst said I flew for approximately 253 feet, then bounced, big high long bounces for approx 250 feet.

I came back from the accident a year later and qualified for the NJCAA NATIONAL CROSS COUNTRY CHAMPIONSHIPS. Two years later I ran a 14:47 5K and a 31:28 10K hilly course for the first 4 miles flat for 1.5 miles, downhil for 800m and the uphill to the finish line for the last 400m and beat two 1984 OLYMPIC TRIALS QUALIFIERS. I also beat my running hero, former World Record holder in the mile, Jim Ryun. Even though he was 35 and I was 21 he was sponsored by NIKE and in a 10K the week before where he ran 30:23. In this race I beat him by 1:02 The first three miles were like running on a treadmill slowly inclining. The 4th mile was very steep. I was very tall and strong at 6'4", #175. I could climb hills very fast and fly down them as fast as I possibly could. The next 1.5 miles were flat. The next half mile was downhill. At the 6 mile mark there were a big group of elite runners punched up and breathing hard. I felt fine and just exploded the last 400 meters in .56 that were on an incline to the finish line. My right shoulder had been severely damaged in the accident when it was the first part of my body to hit the ground. I dislocated my shoulder during the sprint to the finish. I was told that I had severe whiplash and concussion, which was actually a moderate traumatic brain injury as I was unconscious for nearly 40 minutes.

It took me 8.5 years on and off to graduate from Ottawa University. I was accepted at the first and only job that I applied for and worked 19 years as a reference librarian for Black & Veatch Engineering . I also worked ten years as a freelance researcher for a sportswriter, for articles, most often in the NEW YORK TIMES MAGAZINE. Over the years I worked part time jobs, nights and weekends, managing used bookstores, 5 years as a ranch hand at a Bison Ranch where they had 380 head of Bison. I worked at a private zoo for 5 months and cared for 12 species of 50 monkeys and 2 gibbon and 3 chimpanzees. I worked as a track and field official, score keeper, meet coordinator and director of officials for JCC Community College for 13 years.

I try to help other chronic pain patients

At age 45, after 14 surgeries from the accident, 4 of those cervical spine fusions from the severe whiplash in the accident. I had to have an additional neck surgery two years after I was on full disability. The hardware place in the back of my neck in the 3rd cervical fusion there was a rod poking one inch in my neck muscle for 3 years. I had had over 20 epidurals and trigger point injections. A year after I was on disability a driver of a Ford F150 RAN A RED LIGHT AND t-bone my tiny PT CRUISER and I hit my head on the car FRAME because my torso is so long. I lost most of my present memory from that point on but I have retained my long term photographic memory. I try to help other chronic pain patients as best I can online. 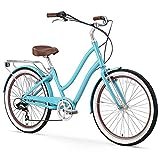 I have cognitive impairment plus many injuries after being hit by a car while bicycling.