yoocan - Cassandra Anelante - Power Hungry Doctors & The Anguish They Cause

Power Hungry Doctors & The Anguish They Cause 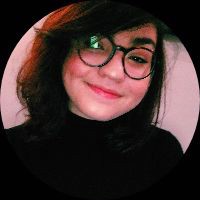 Ignorance might be bliss, but it also has the potential to be deadly

I’d venture to say very few people are particularly drawn to oblivion, to the unknown, to never ending rhetorical questions. As humans, we naturally cling to what we’re conscious of, and oftentimes, nothing more. But the uncharted territories we so frequently run from and suppress in our day to day lives are what truly decide our fate. Ignorance might be bliss, but it also has the potential to be deadly. Take my word for it; my story is living proof.

I’ve been sick for about 12 years; since I was 5, to be exact. Out of the blue, I developed mysterious gastrointestinal symptoms. I was left completely incapacitated for awhile before the issue disappeared on its own. A diagnosis of juvenile diabetes followed right before I turned 6, setting off an interminable chain of autoimmune diagnoses. However, almost precisely one year ago, I fell ill in a more severe and life threatening way than possibly ever before. Seemingly out of nowhere, I started experiencing symptoms I’d never pondered on; most notably, convulsive attacks that resembled epileptic seizures. These episodes were also accompanied by frequent fainting, sleep spells, insomnia, nightmares, memory issues, tremors, temporary bouts of paralysis, and, the piece de resistance: absolutely disabling anxiety.

Living with chronic illness is enough to make anybody nervous, that’s a given. But the anxiety I was struck with was something beyond situational. I knew without a doubt that there was something clinically wrong with my thought processes. I have always been a relatively calm and confident person. To say it was abnormal for me to suddenly find something worth doubting in every aspect of my life would be an understatement. I now know to label what I felt back then not just as anxiety, but as a sense of impending doom. Something in me knew there was a bad thing on the horizon, and I spent every waking moment trying to figure it out.

That’s when the convulsions began. It started out as some minor spasms and twitches, which I’d had here and there throughout the years. Naively, my medical team continuously dismissed them as benign. Ignoring them did nothing to suppress them. Before we knew it, I was having hundreds of agonizing convulsions a day. I could barely eat, speak, or sleep without triggering a seizure like episode. My life became a string of emergency room visits and cries for help, each of which went unanswered.

Nobody on the medical staff could put their finger on what was wrong with me. Correction: none of them seemed as though they wanted to. After a handful of negative test results, which we had to pull teeth to get in the first place, my doctors got… bored, maybe? Lazy? Too frustrated to want to deal with me? I don’t know. All I know is, they stopped trying. They caught a glimpse of oblivion, and they didn’t like it. So, they handed my case over to psych. This is where the true trouble begins.

Have you ever heard the term “gaslighting?” It’s a common abuse tactic seen in relationships, and is fairly frequently discussed in psychology. Gaslighting, by definition, is “to manipulate someone by psychological means into questioning their own sanity.” However, most discussions of gaslighting fail to mention what to do when it occurs in a doctor patient relationship. That’s what happened to me. My medical team deceived me into thinking my struggles were all in my head. An obviously “brilliant" intern decided it was a lovely idea to call psych, instead of further investigating the possible underlying physical causes. This lead to a misdiagnosis of a psychosomatic illness instead of the correct diagnoses (which I uncovered mostly of my own accord, with the help of my family): severe mast cell activation syndrome (MCAS) and an incredibly rare subtype of episodic dystonia.

Throughout my entire journey as a patient, my family and I have always had to deal with patronizing medical professionals. In fact, my mother was the one who diagnosed me with diabetes at the age of 5. She had to beg my doctor for the blood test to confirm it: which, of course, it did. Since then, we’ve had to deal with many ignorant and even bigoted scientists. As a patient, I frequently encounter condescending doctors, most of which are male. This opens us up to the discussion of “mansplaining.” It’s no secret that there are plenty of sexist men out in the world. Many of them have the habit of talking to perfectly capable and intelligent women as if they’re children. Time and time again, I’ve come across men who, despite being paid to help me, don’t give me the time of day. It’s not unlikely to see a doctor dismiss the concerns of my mother and I, while listening attentively to everything my father has to say. In addition to this, a lot of doctors have shot down my ideas for potential diagnoses and treatment, not even bothering to humor me. Each time I’ve been assured a certain hypothesis of mine is 100% impossible, it’s been proven otherwise. What’s truly terrifying about this pattern is how quickly it can escalate into something dangerous, and at times, even life threatening.

According to CBS News, there are more than 12 million misdiagnoses yearly in the US, and about half of them have the potential to be serious. If that isn’t indication of an issue, I don’t know what is. To think that there are millions of other people who could possibly have stories like mine- stories of lives on the line, stories that don’t get talked about- breaks me. So much more needs to be done within the medical community, by both professionals and those their work (or lack thereof) affects. And Lord knows that the list of ways patients can be affected is endless.

I personally was blessed enough to survive malpractice. Some aren’t so lucky. According to Steve Sternberg for U.S. News, malpractice is the third leading cause of death in the United States, making up approximately 10% of nationwide fatalities. There is a common and unjust perception among the general public that physicians are omniscient. This could not be further from the truth. As someone who’s been in the medical community for a majority of her life, I’ve learned firsthand that a lot of medical professionals are, in fact, careless: more of them than we’d like to admit. Not acknowledging those who intentionally brush information under the rug is lethal, and it needs to stop.

Surviving medical negligence certainly doesn't mean one is out of the woods, though. Apart from the physical repercussions, the psychological damage of being belittled and gaslit is also incredibly difficult to undo. I wish I could say I’ve healed from what happened to me, but I haven't yet. Since I’ve started experiencing such injustice, I've been diagnosed with PTSD. Unfortunately, this is not an uncommon occurrence in the medical community. Personally, much of my traumatic medical incidents have come about as a result of lack of understanding of mast cell diseases (MCAS in my case). According to Lisa Klimas of Mast Attack, PTSD from maltreatment in the medical community is noteworthy in people with mast cell disease. She even goes so far as to list it as a common comorbidity in a synopsis of the condition. The fact that this is such a frequent happening in a sub-community of chronically ill people is only further proof of a power imbalance in medicine.

In order to put a stop to this pattern of transgressions, we have to analyze what’s causing this urge to run from uncertainty. What exactly is it that makes it so hard for some people to face the truth? For some, it’s most definitely pride. When reality contradicts with one’s initial understanding of it, accepting what truly is becomes riddled with ego loss. Some clinicians are simply so self concerned that they prioritize their need to feel omnipotent over their patients’ safety. They’d rather let someone suffer indefinitely, or even lose their life, than admit that they don’t know how to answer a question (or, even worse, that their original perspective was wrong). Apparently, the right to big headedness trumps lives.

Some practitioners are simply too lazy to fill in the gaps of information that lack of awareness creates. Treating medical mysteries often takes a lot of time, energy, and determination that many medical professionals don’t care to invest. Not to mention, it takes having the patience to listen to patients. You’d think doctors would quickly come to realize that being intuitive and attentive is crucial in the field. Nonetheless, there are many clinicians that have been working for decades that still have yet to learn this lesson.

I find the unknown just as scary as the next person. But, I’ll be damned if I ever prioritize my internal battles with uncertainty over somebody’s life. No amount of work, no reputation, no complex is ever of more concern than helping somebody in pain. It’s high time those in the medical community who are trapped by their closed minds begin to act as such.