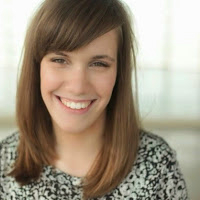 Have you ever gotten a horrible cold? It's been there for a week and just doesn't leave, instead it turns into an awful sinus infection. As a child, I swapped between sinus infections and strep throat. I was in my pediatrician's office every couple of months for another round of antibiotics. After I reached adulthood, I thought that I had built up an immunity to both of them because these particular infections are few and far between now. When I was dealing with these constant infections, it took a tole on my body. Both types of infections always made me feel fatigue and lose my appetite, which made my Cerebral Palsy get a lot worse. It made my muscles ache and tighten. It made them spasm more frequently.

Over the last couple of years, I've been struggling with GI illnesses. (Stomach flu, food poisoning). Every year, I seem to get one or the other. Just this month, I've had both of them. It's been physically draining and extremely taxing. I had the stomach flu for a week and for the first half of it, I couldn't keep anything down. I lost energy and it took almost two weeks for my body to recover. About a week after that, I got food poisoning for the first time. The strain that I had was called E. Coli. It was/is scary because it can go in a bad direction quickly. I've been on a very bland diet and have to make sure that I'm drinking TONS of water. I'm still in the midst of letting my body regulate itself but it is getting better. What do you do if you feel this way?

Tips for coping with illness

1) If you're not sure what it is or feel that it could be an infection, call your doctor. Usually, I wait a couple of days to a week (depending on if it's a cold) to see a doctor but if it doesn't get better after a week, I get antibiotics to get rid of it or medicine to relieve symptoms.

2) Listen to your body. It will tell you what it needs. This might sound weird but I am truly becoming a believer that your body knows and will tell you. On Monday, I thought that my bout of E. Coli was over and I started to eat some mild food (turkey sandwich, chicken and rice). That was too much for my stomach. I've taken it back down to eating mild foods.

3) If you had the stomach flu or food poisoning, slowly introduce food back into your diet. My doctor always says to eat the B. R. A. T. (Bananas, rice, applesauce, toast) diet. I usually eat this diet until my body regulates itself. Each time I get sick, I'm on that diet for a different length of time. Once I start eating other food, I don't overload my body with big portions & I stick to mild foods for the first few days. (Turkey sandwiches with no vegetables, grilled chicken and scrambled eggs)

Emma is a blogger, college student, advocate for disability and mental health awareness and acceptance. To follow Emma on her journey, go to @beyondthebraces on Instagram.