Hi there, how you going? For those of you who don’t know me, here a quick rundown. My name is Matt De Gruchy, I’m 21 years of age and come from a small country town in Victoria, Australia. I work full time, love music, hiking, gym and hanging out with mates. There’s just one small difference between you and me. I’m legally blind!Age 9 I was diagnosed with Stargardt’s disease, 12 years on I have lost over 90% of my vision where it sits now at roughly 6%. I could go on about my childhood and overcoming my disease, but that’s for another story. This story begins with me embarking on my life long dream to travel the United States of America! 36 hours of travel was worth the wait as we flew down towards the runway at JFK, we had made it!New York City , the place that never sleeps , and in many cases I didn’t want to sleep, It was breathtaking. Walking the streets was like taking on a marathon, the streets were so long. I was surprised to notice that crossing roads would be more of a challenge for me then they were back home. The traffic light pedestrian crossing were only recognisable by the light box on the other side of the street, unlike home, they are also sound activated . With the help of my friend Laura I soon got the hang of it New York had only just begun and that was when I was fortunate enough to meet with Bryan and Bradford from the Two Blind Brothers in SoHo, they are such great lads and are very inspiring, driven, and encouraging. We both share to same vision, to see a world one day where diseases like ours no longer leave people in the dark! I’m forever grateful for the time they gave me. Full days, plenty of steps and sore calves and lots of sights, my favourite being time square! flew by that week with topping it off seeing Bon Jovi in their home town New Jersey on our last night before hitting Las Vegas! Big nights of Casinos, cocktails, a spontaneous butt whip from two police girls... helicopter flights , high-roller big wheels, a Justin Timberlake Concert and walking the bright lights of the Strip brought us to Arizona, home of the Grand Canyon. Arriving at the south Rim didn’t disappoint, the surreal feeling of being somewhere you’ve dreamt of for so long, but has forever seemed so far away was right in sight! The immense size of it was staggering. We trekked 2 hours down 1000ft of the Canyon before looking up in horror knowing the way up would be torturous. It was so worth it, I felt proud to have finally conquered that life-long goal, and relieved once I made it back up to steady, solid ground . For many, just seeing the view from above would be enough, but it was very important to me to hike a portion of this landmark , and I wasn’t leaving until I had! Fast forward a couple days, a slightly smaller wallet and a quick flight over to California we arrived in San Francisco, home of the Golden Gate Bridge, the most colourful houses I’ve ever seen. Pier 39 and to the best Crape I’ve ever had, in fact my only Crape I’ve eaten. And of course Alcatraz, The rock has also been something I’ve wanted to visit since I was a little one. We did a nighttime tour of the island and surroundings and it’s was as eerie as it was compelling. Walking the corridors of the infamous penitentiary was hair-raising, seeing the bustling city from behind that bars made me wonder how frustrated the inmates must of felt, - so close, but so far away. We then traded the steep hills and cable carts for the concrete jungle of Los Angeles. The final leg of our Trip was full of thrills and movie magic as we visited Disneyland (a world of its own)Universal Studios and Warner Bros. Studios, Amongst the sights of the Hollywood walk of fame, Beverly Hills, Rodeo drive. And of course a last minute Uber drive to the ‘A nightmare on Elm street’ house. Which in my opinion was worth the money and rush hour LA traffic, because that’s what I wanted to do, It was a childhood goal, and goals are allowed to be superficial at times I think. I snapped my photo of the famous Elm street and then it was almost time to say goodbye, for now to the USA. I could write for days on everything the America had to offer, and the experiences I will forever hold with me, but it goes without saying. Travel. It was a big thing for me, Idon’t know if I was more nervous or excited when planning this trip. I knew it would be different, challenging maybe. But I knew it was going to be the best experience of my life, and that I am grateful forOur Yoocan community and wide and open minded. I’m grateful to be able to share a snippet of my story, I can, you can, we can. Forever #Abilitynotdisability If you would like to follow my journey or read my other stories you can find me @ Mattdegruchy vision on Facebook & Instagram Thanks for the support! #Yoocan 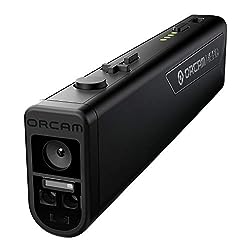 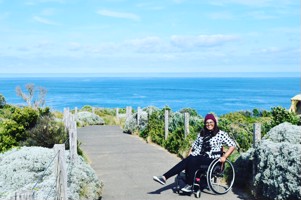 Hi, I'm Matt, I live in Victoria, Australia.. Im 21 years old and am currently living with Stargardt's Disease! I was diagnosed at the age of 9, and have been coming to terms with it ever since, and learning how to deal with it in my own way.. It can be hard at times for sure, but I do anything I put my mind to and don't let the hurdles of low vision keep me down.... I hope to encourage other people around the world with disabilities to live bigger and better lives! Break through the barriers life throws at you.. Achieve your goals, don't let anything or anyone stop you. More of my story to come! #AbilityNotDisability Follow my journey At https://d.facebook.com/mattdegruchyvision Or on Instagram @mattdegruchy_vision.