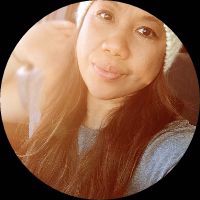 I was born in Laos in 1978 where people were self-sufficient and farmed their own land to feed their families and animals. My father was in the military and like most people in my country, my mother and grandparents were part of the farming culture. We took nothing for granted and were happy to live the life that we did. We didn't have much, but we were content. In the town where we lived, it wasn't uncommon to find cows, bulls, chickens, pigs, and other animals that were used to help us live. We were so used to having the animals around, that we often didn't blink an eye if one escaped from the fencing. That was until one day a runaway bull changed my life forever.

THE ACCIDENT: WHEN I WAS RUN OVER

There's a saying that goes,"I feel like I was hit by a bus!" In my case, I was run over by an escaped bull at the age of 3 years old. I was sitting on the ground playing with other kids in the village. All of a sudden I saw people getting up, running, and screaming. My back was turned away from the bull, so I didn't get a chance to react because it happened so fast. Throwing me up in the air like a rag doll, the bull showed no mercy. I fell to the ground and then he came back and stomped on my left hip. The pain was excruciating, and I learned that I broke my back and shattered my hip.    In Laos you can't just call 9-11 and expect an ambulance to show up to take you to a high-tech hospital. Things are simple there and healthcare isn't the same as it is here in the United States. I was immediately taken to the monk's village home for a blessing. Laos is a very spiritual country where the natives believe in self-healing and miracles. The only thing that may have saved me was that village elders made me a handmade cast casing, so my back and hip would somewhat heal. There wasn't really any professional medical care given at the time.

My family and I continued to live in Laos for a few years after my accident. My mother did her best to take care of me and even built me a standing frame. She believed that I would walk again someday and had faith that I would be healed. So, there I was in the middle of a third world country where I couldn't do much because of my condition and wasn't doing well in terms of my health due to lack of proper healthcare. Two years after my injury my parents decided it was best to pick up our family and move to the United States. They wanted me to have better access to doctors and treatments that would keep me healthy. We had a lot of difficulty leaving the country and had to fight every step of the way. My parents didn't give up though, and for that I am forever grateful. When we first arrived in the United States, we lived in North Carolina and then Illinois. As I grew older and wiser I didn't want to deal with the snow anymore. Eventually I moved to California where I currently reside. When we lived in Laos, the other kids in the village had very physical jobs and I was not able to perform them anymore. When we moved to the States I eventually became an assistant to my family helping with a lot of paperwork as well as translating. Therefore, speaking English became second nature to me and over the years I have been able to receive proper medical treatments. We had to move halfway across the world, but without doing so, I don't know where I would be in my life right now.

To say this changed my life forever is an understatement. I look back and I could still be living in a third world country if this didn't happen to me. In a way, I have accepted it because I have a wonderful life here in the States. I am able to get out in the world and try all these fun activities that maybe I wouldn't have been able to experience if I still lived back in Laos. Throughout my life here in America, I have found many adaptive sports that I love taking part in. I have cultivated a passion for being outdoors. Para-canoe racing is my first love, but I enjoy rowing, surfing, sailing, mountain biking, and road races as well. When I am kayaking, surfing, or sailing I feel so free in the water. My body and mind know no boundaries when I am surrounded by it. Usually on Mondays and Wednesdays you'll find me rowing in Long Beach, CA or paddling in San Diego. Saturdays are my freestyle days for hand-cycling, surfing, skiing in the winter, and socializing in the disability community of southern California. I have always tried to be active at least three times a week. I personally believe we are not meant to sit in our wheelchairs all day. Since we can sometimes be limited in certain aspects of life, we must show the world that we are capable of anything we put our minds and bodies to.

THE FACE OF AMERICA RIDE TO GETTYSBURG

I struggled with depression for so many years after my injury. For a long time, I wondered why the accident happened to me. I doubted that I would be able to have a social life or even date. I felt robbed of my childhood and teenage years as I was adjusting to life in America. Through the years I found my passion in adaptive sports and socializing with those who lived a similar life to my own. I found that I am most comfortable while doing outdoor activities. This led me to trying something I never thought possible: an extensive hand-cycle ride! For three days in April, I was tested both physically and mentally when I decided to take part in this 110-mile hand-cycle trip with World T.E.A.M. Sports. I had no idea it was that long when I was first introduced to the program through a staff member who follows me on social media. I figured it was maybe 20 miles at the most. Boy, was I wrong! The Face of America Ride to Gettysburg was like nothing I had ever experienced before. From an endurance point of view, I knew I was in for quite the ride. My dream of seeing the countryside and having the freedom I so badly wanted came true during those few days. It was very intimidating hand-cycling through three states. We traveled through Virginia, Maryland, and Pennsylvania. I was willing to give it my all, no matter how nervous I was. Around mile 86 I was doubting both my inner and physical strength. My hands and arms were screaming to stop, but my mind wouldn't give up. I didn't think I could do it anymore, but I was lucky enough to be with such an amazing, supportive, and encouraging group of athletes. At times they would help me when I was struggling uphill. This event wasn't focused on just solo hand-cycling, but also teamwork. In the back of my mind I kept telling myself that it was awareness for a great cause. We were fundraising for disabled veterans and I couldn't give up on them. Somehow, I cranked to the finish line and I was so proud of what I accomplished. My advice to readers who are thinking of taking part in The Face of America Ride to Gettysburg or other road races like it, would be to take baby steps and know your limits, because the only way to break through those limits is to know what they are.

Explore the Outdoors, Express Yourself, and Expressos.