Almost a month ago, my mom and I paddled in the 2nd annual Bellyak race for a cause again sponsered by the Mountain Sports Festival in Asheville, NC. Throughout the week leading up to race day, Adam and I communicated regarding the weather up in NC to see if the race would've had to be cancelled due to the rain making the river water extremely high which is sometimes unsafe to paddle, luckily we were able to have the race. When I had my graduation paddle last summer, I learned that Adam liked fried pies so I convinced mom to stop by JaeMor Farms on our way up to the race and she got Adam two apple and two peach fried pies which he enjoyed both peach fried pies while his friend Bill Wunderlich enjoyed both apple fried pies. It didn't start raining until after the race had started, but it didn't really matter to us since we were already paddling on the river and getting wet anyway. When we got off the river, Adam asked me if I wanted to get off of my bellyak and back into my wheelchair, but then I asked him "don't we normally get a group picture afterwards?" like we did after last year's race and Adam responds "you know we do" haha. I think the difference between last year and this year was that I got stronger, I made improvements from last year, and realized that I need to stretch my hips out by laying down with my legs stretched out because since I'm in my wheelchair all day, my legs are used to being stiff causing them to shake when I'm laying down on my bellyak.

Participants, The Grand prize, and the amount of money raised

There were thirteen total bellyakers participating in the race who came from seven different states aged from eight years old to adult. The participants included a newly married couple on their honeymoon, my mom, and I, a family of five, Adam, his friend Bill Wunderlich, Bellyak's marketing MVP Natalie, and Adam's girlfriend. Just like last year, I chose not to race against the three kids. Instead of trophies as the prize like last year, this year's grand prize was a astral otter life jacket. This year we continued to raise money for Our Voice which is a non profit organization in pursuit of a sexual violence free community. The organization helps people in Buncome County, North Carolina who have been affected by either sexual assult or abuse through counseling, advocacy, and education. Last year we raised $72 for the organization and this year we raised $114 due to more people participating in the race. So the first two years of the race a total amount of almost $200 and exactly $186 has been raised for Our Voice, and I have a feeling that the amount of money raised will keep increasing as the race hopefully continues to get more popular and more people will want to paddle. 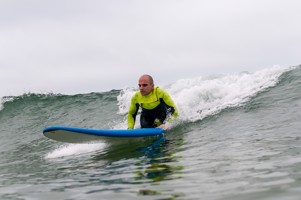 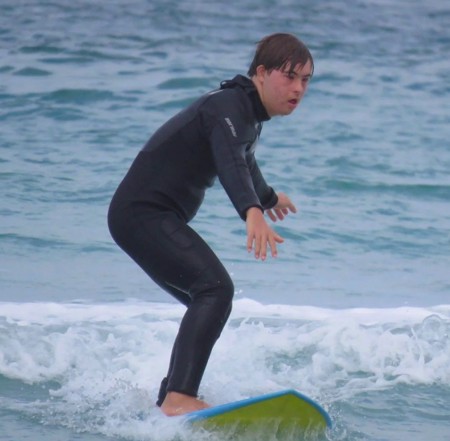 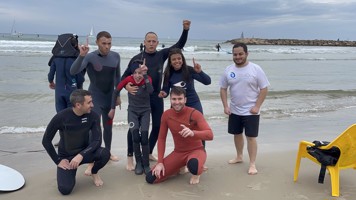