How My Head Almost Fell Off Due to Ehlers-Danlos Syndrome

Welcome to Your New Life

Courage. Bravery. Strength. None of us really realize how much we’re made of until we’re put in a situation where these characteristics make themselves apparent. My name is Megan, I’m 29 years old. I didn’t know I had these types of characteristics in me. I knew I was strong because I was an athlete, but I’ve learned there’s a huge difference between being physically strong and mentally strong. In Sept. 2005 I was 16 years old and I landed wrong on my right leg after jumping up to catch a football. One decision to jump changed the course of my life forever. I traded a life of athletics for a life of surgery. It’s 13 years since that bad landing and I’ve had 34 surgeries, and countless tests/procedures. I’ve needed surgery on my ankle, knee, hips, shoulders, shoulder blades, and almost all my spine just to hold my body together.

Why So Much Surgery?

Now, if you’re like many people I’ve met you’re probably wondering why I’ve had so much surgery on my body. How can one fall cause so much damage? Well, for years I was in denial, but I wondered that very same question. In 2007 I was evaluated for a connective tissue disorder called Ehlers-Danlos Syndrome (EDS) which causes faulty collagen in the body, which can lead to joint dislocations, subluxations, and a ton of other issues. In a span of 18 months I had surgery on my R ankle, R knee, both hips and was awaiting surgery on my shoulder blades due to muscle detachments and instability. Despite any sort of underlying connective tissue disorder being ruled out something didn't add up. Fast forward to 2015. I had had 19 surgeries between both shoulder blades and shoulder joints, was experiencing a ton of neck pain with neurological symptoms, was with a new orthopedic who said I had EDS and I finally saw a new geneticist after a 22 month wait. My orthopedic told me my neck was extremely hypermobile and there’s a problem. When I met with the new geneticist, he diagnosed me with EDS and referred me to a neurosurgeon.

We Don’t Want Your Head to Pop Off

In December 2015 I met with my 10th spine doctor. He evaluated my neck and said there’s a serious problem. A movement fluoroscopy was scheduled to see what was happening when I would move my neck. The test revealed my neck was subluxating at C3-C4, C4-C5, dislocating at C5-C6, C6-C7, C7-T1, and subluxating at T1-T2. I was told we didn’t want my head to pop off. On April 5, 2016 a halo brace was screwed into my skull with 4 screws to completely immobilize my neck. The halo gave me the ability to say more or less traction. My surgeon found the sweet spot on the first try. For the first time in 4 years I had no pain in my neck. On April 12, 2016 my neck was fused from C3-T2. I was supposed to wear the halo brace for only 4 months but come the day of my halo brace removal there was a serious problem.

My Skull Slid into My Throat

On August 25, 2016 I went to my surgeon’s office to have the halo brace removed. When the front two bars were loosened I felt my skull-C2 slide into my throat. I immediately started gagging and pushed my chair on its hind legs to let gravity move my skull back. Every time I brought my chair forward I started gagging. I couldn’t walk, let alone stand on my own. I had neurological symptoms down the right side of my body. The halo brace was immediately tightened back on and I was diagnosed with Craniocervical Instability (instability from your skull-C2). Five days later I was in surgery to fuse my skull-C5. The surgery went well. Four months later I showed up to my halo removal appointment decked out in Christmas decorations. After the halo was removed I wore a brace to immobilize my skull and thoracic spine.

I wish I could say that was the end of my spinal journey; being fused skull-T2. Unfortunately, that’s not the case. At the beginning of 2017 I started to develop scoliosis and my spine was becoming unstable below my fusion. In September 2017 I underwent a 16 hour surgery to fuse from C6-L2. This means 22 levels of my spine is now fused. One week after I was discharged from the hospital my neck broke at C5/C6. In October 2017 I was put in a halo brace for a second time to stabilize my neck because I had, “Dangerously life-threatening instability. I then had surgery to stabilize C5/C6. I'm told I'm a, "Walking Miracle". Unfortunately, the surgery failed. I was in surgery once again in November 2017 to revise C3-T3. I was in the hospital for 2 months last fall.

If you made it this far, things stayed well for a few weeks but then issues started again. Currently my skull is moving over the hardware at the back of my skull, my titanium rods are bending forward, I have neurological symptoms and I need surgery to revise my fusion. It’s not an easy journey. There are a lot of bad days, but there are also a lot of good days. I know there is somebody out there to help me. Life with EDS isn’t easy. Evertbody needs to know they're NOT alone. Every day it’s a goal to find daily joy. Every day it’s a goal to not lose hope. It will get better. I know it will. My favorite quote is, “Life isn’t about waiting for the storm to pass…it’s about learning to dance in the rain”. If I hadn’t been dancing in the rain and put my life on hold I would have denied myself 13 years of amazing experiences called life. 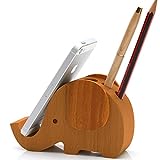