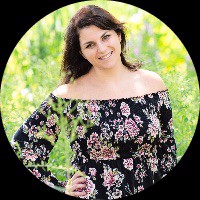 Growing up with a chronic illness

At the age of 11, I was diagnosed with a neuromuscular disease, affecting the sympathetic and autonomic nervous systems. I never allowed this condition to stop me from doing what I loved. I was a competitive dancer, and a cheerleader both in high school and college. I graduated Lesley University with a Bachelor’s of Science in 2013. I majored in counseling, with a minor in art therapy. I had passions for the arts, and helping others. My previous work experience focused on mental health, with a specialty working in crisis situations. In 2012, I became a board member for a support group, tailored towards adolescents and young adults living with a chronic illness. In 2013, I began graduate school to obtain my Masters in Social Work.

I can't help my legs have a mind of their own

For many years, I struggled with severe muscle spasms, and it was unclear why this was occurring. September 2015, I lost control of my car, due to severe muscle contractions in my ankles/feet/toes. Paramedics had to pull me out of my car; my legs couldn’t move. I lost the ability to walk due to the uncontrollable and unexpected muscle contractions. I became wheelchair bound, and there were doubts from providers if I would be able to walk again. I was hospitalized for three months. while the doctors were stumped and unsure what to do. I was labeled as a drug seeker. I had to take a leave of absence from graduate school, with a year left until I graduated. My toes were curled and contracted under my feet, and my ankles were locked. Think of the idea of walking on your toes. When you walk in that position for so long, you’re going to get a really intense Charlie horse in the back of your ankles and in the arches of your feet. Eventually, the Charlie horse goes away, and your legs will relax from walking on your toes; my legs never relaxed. I was bounced from doctor to doctor, all accusing me of faking my symptoms. The pain I experienced is absolutely excruciating, but I refused to give up my goal on learning to walk again. I started with short distances, practicing several times a day with a walker. Eventually, I advanced using forearm crutches. I would continue to push myself, until the pain was unbearable, causing me to vomit. I didn’t care about the pain; I was going to walk. My toes were still curled, and my legs were still contracted.  Eventually, I was diagnosed with ‘Functional Dystonia’. After doing some research, I learned Functional Dystonia replaced the name of a Conversion Disorder. My gut was screaming something more was going on, but I bit my lip. I was compliant, and I did everything the doctor recommended. Botox, cognitive behavioral therapy, and medications were some of the many treatments tried; all of them were unsuccessful. I became frustrated with the medical community, as no one was taking my situation seriously. I lost trust in providers, and my guard was completely up.

Getting closer to answers

I met with a provider in Rhode Island, who is well known for his diagnostic work. After meeting with him for five and a half hours, there were a few medical conditions ruled in: Dystonia, Ehler- Danlos Syndrome (EDS), Thoracic Outlet Syndrome. It was determined the root cause of the Dystonia was coming from my spinal cord, and there was a strong belief I had a condition called Tethered Cord Syndrome (TCS). TCS is when your spinal cord is tethered to your tailbone. This condition is closely associated to Spina Bifida, and it’s something you’re born with. If the disorder isn’t treated immediately as a child, the damage becomes permanent; 95% of the time, TCS doesn’t show up on imaging, and the providers I needed to see were out of state. There was a major problem; I lost my health insurance six days later. I would have to wait 18 months until Medicare kicked in, in order to see out of state providers. In Massachusetts, diagnosing TCS has strict guidelines; the only way TCS can be treated, is if it showed up on imaging.

In between meeting with providers, I reached out to the Social Work program I was attending previously. I wanted to finish my degree, as I had four classes and an internship left. After multiple conversations with the Dean, and the disability program, I learned I was not allowed to finish my degree; the courses had to be completed in a five-year span, and the school refused to accommodate. By the time I was ready to go back to school, I would have to redo the entire program once again. I had to make a difficult choice, and walk away from finishing my MSW.

I wasn't faking my symptoms after all

August of 2017, I was referred to a physiatrist at Spaulding Rehabilitation Center in Boston, MA. My toes were still curled under my feet, and my ankles were still contracted. The physiatrist did a peripheral nerve block to numb one of my legs, to see if he could break the contractions. I was screaming as he did this. The nerve block never worked; he wasn’t able to break the contractions. He explained my toes were paralyzed and my ankles were frozen. He referred me to chief of orthopedic surgeons at Brigham and Woman’s Hospital, and informed me I was facing double amputation.

"You should have gotten to us sooner"

I met with the orthopedic surgeon a month later, and he was speechless looking at my legs. He kept repeating ‘there was no way someone could fake this, it’s not possible. You should of came to us sooner’. During this appointment, I was told there was a 90% chance I was facing double amputation. It was made very clear these surgeries would not fix the root cause. Nine surgeons were consulted, and no one had seen a case like mine. Little did we know, there was more to the story. I left the appointment bawling my eyes out, and angry the medical system failed me. My mental health was greatly affected, as well as my self-esteem and confidence.  Between March of 2017 through February of 2018, five massive reconstructive surgeries were performed. There were many moments of concern I would need amputation during the 11-month span of surgeries. I beat the odds, and my ankles/feet/toes were saved. The root cause was undetermined; however, the surgeon was 100% sure this related back to my spinal cord; he helped me advocate to out of state providers, and believed the spasticity was caused by my spinal cord.

Final puzzle piece is put together

My mission to help others

Throughout this chaotic journey, I wanted to pursue my dreams of helping others. There were many life lessons I've taken away, including how to advocate for yourself. Disability advocacy is close to my heart, and there aren’t enough resources to assist with the disability community. Individuals who have a disability are often labeled, and targeted towards discrimination. It isn’t uncommon for someone with a disability to feel they are alone. I became a Motivational Speaker, focusing my work on disability advocacy. My mission is to educate others how it’s possible to overcome life changing obstacles. A disability should never stop you from living life to the fullest. Life throws you bitter lemons, and you must find a way to make a sweet lemonade.