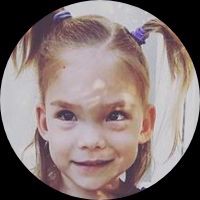 At 27 weeks pregnant, I had found myself in the ER with very concerning symptoms. I had severe swelling all over my body, difficulty breathing at night, and started feeling very ill. I was told that I had preeclampsia and was starting to exhibit signs of HELP syndrome. At the time, they told me I was going to be put on strict bedrest. With two kids at home, I was devastated. How do you tell your 4 and 2-year-old that you can’t get out of bed??

The doctors decided to do a sonogram to see how our then 27 week baby girl was doing. They needed to check amniotic fluid levels and her weight. They brought us back to our hospital room afterwards and started asking a lot of questions. “When did you last feel the baby move?” As I sat there thinking, it dawned on me... because I had been feeling so sick, I hadn’t realized that it had been a couple days since I really felt her move. My heart was in my throat as this realization sunk in. And the doctors next words made the room fall silent, “we think we know what is wrong with your baby”. This whole time it never crossed my mind that maybe she was in distress too. That’s what preeclampsia does. It makes you feel so progressively sick and out of it that you are distracted from anything else. The doctor went on to tell us that our daughter had a huge mass on the left side of her brain. On sonograms, they can’t tell exactly what it is but either one is detrimental; a brain tumor or a brain hemorrhage.

We had to be transferred to a different hospital that could handle a significant brain injury in a premature baby. Once at the new hospital, it felt like time stood still as the same questions, the same tests, and the same conclusions were made. We were presented with three options: 1. Try and continue the pregnancy for as long as possible to allow our little girl’s lungs to develop more and to give her a little better of a chance after delivery. However, we were told that I probably wouldn’t be able to continue for very much longer. 2. Have a vaginal delivery, which would help my body recover much more quickly from the preeclampsia but would likely kill our daughter from the pressure of her already traumatized brain. 3. Have a c-section. This option would take longer for me to recover, but it would give our daughter a better chance at survival. We chose the c-section. It may seem like the obvious choice, but we were told that her chance of survival was very slim. They kept telling us that her quality of life would be so poor that it was the humane option to allow her to die peacefully. We felt selfish choosing a c-section at the time, but looking back, I have no regrets.

Babies this little are measured in grams

Once we decided to have the c-section, it was only 30 minutes before we met our sweet little Maddy. Babies born this early are weighed in grams. She was 950 grams, which is 2 pounds and 1.5 ounces. She was tiny and perfect. She was found to have a grade IV brain hemorrhage. Even after she was born, we were told that IF she survived, her quality of life would be very poor. They told us she would likely be a “vegetable”. Babies born at 27 weeks often have a lot of health and physical issues. But babies born at 27 weeks with a brain injury don’t make it and if they do, they have major healthy and physical issues. She stayed in the NICU for a total of 79 days. She had surgery to place a shunt because she also developed hydrocephalus, which is extra fluid on the brain.

Once we brought Maddy home after those long 79 days in the NICU, we still didn’t know what to expect. Everything was “wait and see”. There was no way of knowing exactly what the hemorrhage damaged and what her outcome would look like. She came home at a tiny 4 pounds and 10 ounces and we were terrified to be entrusted with the care required on a daily basis. Maddy is now 4 and a half years old and one of the biggest sources of joy in our lives. She is thriving in preschool. She is incredibly smart and has the best sense of humor. She is very verbal and cognitively keeps up with her peers, but the brain injury did take a toll on her physically. She cannot crawl, stand or walk on her own. She was diagnosed with cerebral palsy, right-sided hemiparesis, and epilepsy. Despite the physical limitations, nothing stops her. She loves her two sisters, her cousins, family, and friends. Life is not without its challenges. Life for Maddy and for us is difficult. But when I look back at where we began, I am so grateful that God had his hand over our lives. We have learned more in the last 4 and a half years than I ever thought possible. 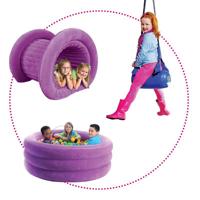 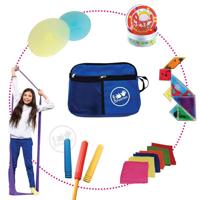 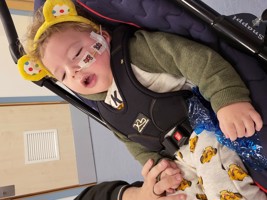 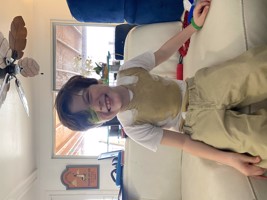