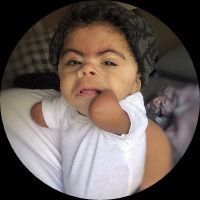 Finding out about his limb differences, while pregnant.

I will never forget that visit on May 18, 2017. I was 20 weeks pregnant, and we were going to our anatomy ultrasound. During the ultrasound, everything was looking great! We had a healthy baby boy, we were SO thrilled! He was all over the place, our other 2 children were so lazy and chill in the womb, it was a pleasant surprise to see our little guy so active! The ultrasound tech then informed us she needed to go get the doctor so that we could discuss the ultrasound. That was weird, but we really weren't worried. Then the doctor came in and told us our baby didn't have anything below his right elbow, and his left arm only had one bone in the forearm, when it should have two. I wasn't really upset, I didn't even cry. I really just felt guilty, like this was my fault. What did I do wrong? God gave me so much strength, and gave me reassurance that everything was going to be ok. So I just turned it over to Him.

what will we call this angel?

While I was pregnant, my spouse and I kept going back and forth with names. We just couldn't agree on anything. He had to have a "Z" name in there someone. All of my babies have "Z" names, so finding that in itself was difficult. My spouse came up with Zee! I LOVED IT!! Now, of course we don't "have" to have another name, but we wanted a traditional first and middle name. I searched and searched, the name Gabriel just kept standing out. I looked up the meaning, and it meant: God is my strength. So it was settled! Gabriel Zee, expected due date October 14, 2017.

The baby is coming!

Throughout my pregnancy, we watched him grow. He stayed kinda small. However, me being only 5 foot tall, none of the doctors seemed too concerned. My pregnancy was fairly easy, nothing too extravagant was going on. I went to the doctor on September 19, it had been about a month since our last growth ultrasound and he had only gained 4 ounces! So the doctor decided to go ahead and schedule an induction, for September 20th. The nerves definitely began to set in.  All I could do was pray. At this point, I have a fear of distressing my baby.   We went in about 10:30 am, on September 20, 2017. After hours of unprepared complications and finally getting to start the induction. He came on September 21, 2017 at 1:19am! I was SO relieved! He was HERE! He was BREATHING! He was CRYING! Everything looked GREAT!

A few hours after his birth

We, (I) were so exhausted I hadn't slept in probably a few days. I was finally so relieved, I just felt like I could sleep for days! Throughout the night/morning, I was steadily trying to breastfeed him. He would latch for a few minutes, but nothing significant. BUT HEY! We just went through hours of labor, so I wasn't too concerned with it. I pushed it off on, maybe he just doesn't like the breast. So I had them bring in some bottles, and expressed my milk to see if that would do the job. He was drinking more, but now he was spitting up out of his nose. I am super paranoid with my kids sleeping, so the fact that he was spitting up out of nose and laying down just terrified me. What if he chokes, and I don't hear him. I pushed for his nurse to make sure he was ok.

Later that day, (September 21, 2017) the NICU pediatrician came and told me that they suspected Cornelia deLange Syndrome. I was so scared, what is this lady saying to me? She was speaking a foreign language to me. Zee was then taken to the NICU, where he continued to stay for about 5 days. Once there, he then began to show no signs of wanting to eat. He was then put on a feeding tube.    All I could do was start praying, and just continued to give it to God. Zee was God's before he was mine. God has merely given him to me to care for him and to show him love (along with all the other 15761324845 things being a mom entitles). Just as He has my other children. After about 3 days in there, and many, many, MANY prayers later, Baby ZEE FINALLY began to show signs of wanting to eat! 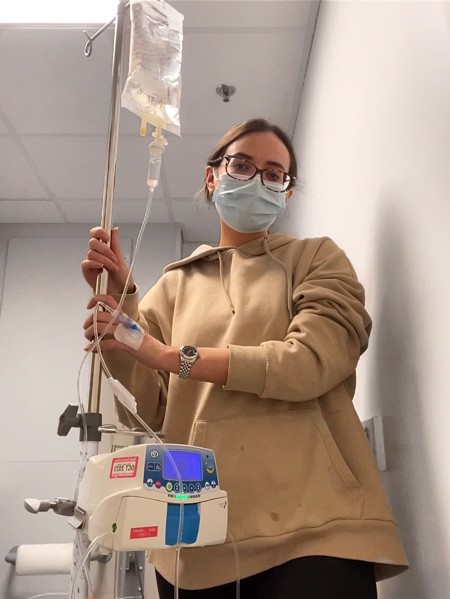 A little bit about me Hi, I’m Eliza and I’m 26 years old. I have Multiple Sclerosis, EPI/PEI, chronic pancreatitis, a pineal brain cyst, degenerative spine, and many other…

Raising my little baby, Zee, who was born with Cornelia deLange Syndrome.