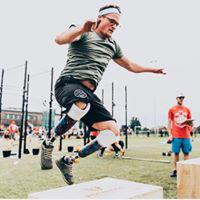 I was born with congenital limb deformities. In layman’s terms, this means I was born without both fibulas (calf bones) and missing digits on both hands. I also have one leg a few inches longer than the other, because one thighbone is longer than the other. (In case you’re wondering, it’s my left that’s longer). I’m told that my granddad took one look at me and said to my mother; “He’s still beautiful though.” I spent the next 20 months or so as any other ‘normal’ baby. You know the sort of thing, crying, pooping, eating. All the fun stuff. In addition to this, I had cosmetic surgery on both hands for functional reasons. I still managed to walk with specially adapted shoes and calipers though and achieved this by 18 months old.

The next event of major significance was in December 1985, when I moved with my family from Bristol in Somerset to Crowborough, in East Sussex. Part of this move found me being referred to Great Ormond Street Hospital, where a top pediatric orthopedic surgeon recommended that the only real option was an amputation. The only alternative would have been me spending the rest of my life in a wheelchair. The decision was made to amputate. This must have been one of the most difficult decisions for my parents to make. Both being only 23 years old at the time, I don’t know how they did it. My younger sister was only 3 months old when they had to make this life-changing choice on my behalf, but I have never held it against them and never will. I had a double below knee Syme's amputation at the age of 2 and a half. This means they amputated through my ankles and wrapped the padding of my feet around the end of the bone. This gives extra padding to the end of the bone. From talking to other amputees throughout my life, I’ve been told this is a good thing to have.

Excelling after my amputation

After speaking to my mother recently she tells me I was up and walking around on my prostheses within 6 weeks of amputation. I never have liked sitting still. I even have a video of me in the hospital kicking a ball, only five days after having the limbs fitted. My sister, who was 9 months old by then, was learning to walk at the same time. She seemed confused that she didn’t have to put on a pair of legs to stand up and walk. “I suppose the next significant part of my life would be playgroup. Here I met Tim and Martin who would turn out to be my best friends and still are to this day. From memory my favorite time at playgroup involved ‘Bikes’. If you’ve ever been to watch banger racing, imagine that but with 20 or so 2-year-old boys on trikes in a church hall. There was never any question of my ability to scoot around on a trike, I just did it. In fact, from an early age, I don’t ever remember my legs causing me any problems “disabling” me, or preventing me from doing anything that I’ve ever wanted to do.

The owner of my local gym recently said to me “You’re the most least disabled person I know” Now he’s not one for words but I kind of got the idea of what he was trying to say. In September 1988 I started primary school. I was all dressed up in my blazer, shorts, and cap. I looked adorable!

My two best friends were also with me at the top of the school drive when we waved goodbye to our mums and disappeared into Reception class, a mix of learning, playing and meeting lots of new people. And there was one boy who won’t ever forget his first meeting with me. Whilst playing on the climbing frame he asked what had happened to my legs. Now I have no idea why I told him this or where the idea even came from;  I told him that I had lost them in the war! He was (unsurprisingly) amazed by this and went straight home to tell his mum. I think she was equally amazed and, after speaking to my mum, was reassured that her son wasn’t in fact at school with a juvenile war hero. There are many opportunities for amusing situations when you have prosthetics; ranging from the time a boy attempted to pull me out of a tree by grabbing my feet, the result of which was to leave me up a tree, laughing at the stricken face of a small boy holding a pair of legs; to me being chosen for the hugely important year 4 vs year 6 football match. This happened every year and I was surprised to be picked for the team. However, I think I gave everyone a shock when I kicked the ball towards the goal and my leg followed. Luckily the ball and my leg both landed in the back of the net. If I remember correctly this game ended with a year 4 victory, this was very rare. Throughout my primary school career, I had lots of legs. As I’m sure you know children grow and at times I was having a new pair of legs every 3-6 months. At the age of seven, I found myself having further major surgery to my hips and thigh to make the fitting of my prosthetic limbs easier.

This was a particular blow as I was unable to walk for several months and was in plaster from the waist down. However, I was bought a Commodore 64 computer and this seemed to ease the pain somewhat. By the age of 10 basketball was my life. Chicago Bulls were the team and Michael Jordan was my idol. I loved basketball so much that I even slept with my basketball sometimes. I also joined the cub scouts at this stage of my life, yet again more new people and more questions. This time however my Akela, (cub scout leader) who was also a massive basketball fan, informed the whole pack that I was to be treated no differently than anyone else. Here I met another friend who was also a Chicago Bulls fan and who, handily, lived just down the road. We spent so much time playing basketball together and if I do say so myself, we were pretty good. September 1995- Secondary school. Again I was joined by my other two musketeers (Martin and Tim).  Now when people first meet me they immediately notice my hands, they are usually shocked when I tell them I have two false legs as well. Secondary school for me involved minimal learning and the maximum amount of sports. Mainly basketball of course but I also did everything else. My parents raised me in such a way that they let me try everything (and I did).

There is no such thing as "I Can't"

Whilst writing this I spoke to my mum a lot and she told me a story about something that happened at the local park when I was about 3 years old. Mum and my Nan took me to Wolfe Recreation Ground and like every other child, I wanted to go on the slide. There were two slides, one small and one big. Guess which one I went for? Now my Nan was always worrying about me. She turned to my mum as soon as I started to climb the ladders to the big slide and said ‘You can’t let him climb them’. My mum's response was ‘I have to let him try’. My parents have always encouraged me to try anything and everything and not let my ‘disability’ stop me. Being raised this way has turned me into the person I am today, I never let anything stop me from doing things, yes there are certain things I have to do differently but I will always find a way to do the things I want to.  In my 30 years, I’ve never come across anything that I haven’t been able to do. For those of you who say “I can't” when you come across something a little bit difficult, my response to you would be; If you want it badly enough you will find a way. Go on give it a go, you won't know until you try.

Dale asked me to provide a list of my “achievements” as he put it. To me, they are just my life. These are only the ones I remember, there’s probably a lot more: 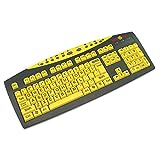 DBKA, missing fingers on both hands. just living life to the full every day.