yoocan - Amelia Holland - The Best Is Yet To Come

The Best Is Yet To Come 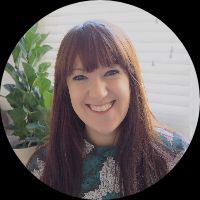 Where it all began

I was living a full, happy life when I unexpectantly had a minor head injury while out on a picnic one day that changed my life forever. I hit my head hard on a tree and treated it with a simple ice pack, but as the days went on my head seemed to hurt more, not less, until I ended up in the ICU unable to swallow properly, vomiting, dizzy and with the feeling of so much pressure pushing out the very bottom of my skull. So I was in complete shock when my MRI came back and showed I had a condition called a Chiari Malformation, which was exactly what it felt like - where the brain has no space in your skull so 'slips' out the base of your skull placing pressure on the spinal cord and a restriction of spinal fluid flow amongst other interesting symptoms. Chiari Malformation is usually a congenital condition but research shows up to 30% of people can be symptom-free until a head trauma of some kind happens, which seemed to be true in my case.

With the news that the only treatment was a brain surgery called a Chiari Decompression, involving having a piece of my skull removed to make more space for the brain, yet no guarentees that it would work, I slowed down the process and wanted to make sure I could get a second opinion, research as much as I could about my condition, and try everything possible to avoid brain surgery if I could. I was scared - I was in my 30's, I ran my own business, I had a young son, and most of what I read online was incredibly negative.  I spent a year becoming consumed by this research, trying a myriad of medications, both alternate, eastern and western treatments but my health was decling to the point where I knew I had to take a chance on this surgery as I was barely coping anymore with a life restricted by chronic daily pain and I was out of options. At this point it was becoming not only a physical battle but a mental battle as I lost site of hope and could no longer find anything to look forward to knowing the pain would probably keep me away from any important events or social functions.

Self Discipline and Choosing Wise Friendships

After I had decided to proceed with the surgery I decided it was no longer helpful for me to be reading particular chat forums about Chiari where there was a lot of negativity - I realized that there are many more people out there who have great sucess stories but they are out there now living their lives, not sitting aroung complaining on forums - so I wanted to make a commitment at that point that I would tell my success story on the other side and bring hope to those who were potentially as scared as I was about making the right decision regarding their surgery. I also found that being wise in choosing the friendships I allowed to speak into my life at that time really important, and that even throughout the healing journey I surrounded myself with encouragement and not friends who meant well but would throw a pity party or want to talk about the pain, but rather friends that would help me focus on the future and laugh and smile.

By the time the surgery day came I was excited and ready. Of course I was nervous but outweighing the nerves was the anticipation that this could be the day that gave me my life back. I knew the recovery would be hard but I knew the temporary pain would be nothing compared to the long term gain. I was excited! It still feels sureal now to say the words "brain surgery" and I can't believe I did it!

I won't pretend that the healing jourey wasn't rough, there were times nurses would say "just take it one day at a time" and I was thinking I couldn't even take it for another 10 minutes! I felt like every day there was no improvement but as I had heard a couple of encouraging voices I did find along the journey say, is that one day I would just wake up and turn a corner, and this proved very true. Around the three week mark, the pain was just less, I could think clearly, and was able to get comfortable on my pillow and sleep. And each day from there on I feel stronger and stronger. I still need to be patient and know I have a long way to go - but the encouragement of the turnaround is enough to give me so much hope for the future that I have already started to dream again, something I haven't been able to do in a while.

When I was asked to share my story on this site, I had a moment where I wondered what I possibly had to offer to encourage anyone - I just went through a horrific time of pain and hopelessness and cried many tears. But then I realized some of the greatest comfort I found was in connecting with, or just hearing about other people who were stuck in challenging health seasons as well, and that they weren't alone. That it is okay, to not be okay all the time. That being scared about surgery doesn't mean you are weak, or that having a cry doesn't mean you're not strong. I am a Christian, so I found my faith an absolute rock to stand on, but another thing I found really hard was asking for help from others when I needed it. I had spent so long thinking that being strong meant not relying on others but now I know it means being part of a community. The community may not mean someone who lives down the street, in fact my greatest support came from a Chiari patient who lives across the other side of my country, so don't be afraid to ask for that support if it helps you. And never lose hope. Finding peace amongst the storm is possible and you can do it. You are never alone. xo 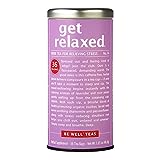 The Republic of Tea, Get Relaxed Tea, 36-Count

About me.... I am wife and Mum to a 10 year old boy and spent the last decade owning a chain of three florist stores,a gift store, working as a stylist and small business consultant. I see so much beauty in nature, flowers bring me so much peace and I have always loved sharing the beauty of nature with others. In 2018 the symptoms of my Chiari Malformation disappointingly left me bedridden with pain but I moved forward with brain surgery and am now full of hope for new dreams to be birthed in my heart and believing it's not over for me yet.

The Republic of Tea, Get Relaxed Tea, 36-Count