Wherever my travels may lead, paradise is where I am

Dealing with challenges and confronting obstacles is a daily proposition for one with a spinal cord injury, and as an 18 year veteran of life as a paraplegic, my resolve has on many occasions, in ways large and small, been put to the test. On Friday I was confronted with a new dilemma, though, and it nearly got the best of me. My mom and I had arrived at the Grand Bahia Principe in Tulum, Mexico and found out - after five hours of stall tactics, negotiations, pleas, phone calls, propositions, suggestions, requests, and bogus, insincere attempts to help - that they didn’t have a wheelchair accessible room available in spite of the reservation I made on June 9. This was not a “we requested two beds but only got one” inconvenience. It was a colossal disaster, expletives included. Our only option was to find another resort that could accommodate us. Enter the Barcelo Maya Palace. The Barcelo complex is about 15 minutes north of the Principe resort, and even though they had an accessible room available, the initial hours there, too, were fraught with difficulties I was not prepared to fight. More than anything else, I wanted to pack my bags, board the next plane bound for Washington - regardless of cost, and return to my home where I could curl up in bed and wrap my arms around Ocho. Hugging my dog was the only comforting thought I could produce. I was desperate. And tired. And hungry. I decided to go to sleep and re-evaluate things in the morning. I woke up on Saturday and reluctantly agreed to give the day a chance. We went to breakfast and then stopped in the Guest Services office to use the internet. While I was on the computer, mom began talking with a woman who is the assistant manager of the resort. She showed mom the beach wheelchair they provide for guests and said we should let the staff know when we wanted to use it. I had no idea the resort even had a beach wheelchair. I started feeling more optimistic. After discussing our options for how to spend the day, we decided to get a cab to Tulum so we could visit the Mayan ruins. As soon as we arrived and got out of the cab, it began to pour. We sat through torrential rain for an hour, and when it stopped and the sky began to brighten, we hired an English speaking guide and began the mile long trek to the walled city. The first half of the journey was no problem. I was pushing my wheelchair over a paved road, and although there were occasional large puddles the depths of which I did not know, for the most part I was doing fine. Then we got to the point where the surface is pocked with cobblestones that pitched my front wheels in either direction as I slowly bumped over them. There were half-assed ramps that I couldn’t negotiate on my own. Some we went down backwards. Some we went up. Some we went down forward. There was always someone right behind or beside me trying to figure out how to pass us. Gnarly mangrove trees crowded in from our left. Suffocating heat and humidity beat down from above. It was a cluster, and the only way out of it was to keep going through it. So we did. When I rolled through an arch in the 20’ thick wall that surrounds the city on three sides and found myself sitting among the famed Mayan ruins, I entered another world. I was overcome with a sense of wonder and awe, and although I have pictures to show what I saw with my eyes, there will never be a photograph or video that depicts the feel of the place. I understand now that visiting Tulum was not simply about “seeing” the ruins. Visiting Tulum was an experience that I felt in the core of my being. On Sunday I used the beach wheelchair. We spent the day relaxing under a palm tree and snorkeling in the warm, turquoise Caribbean. We counted the water’s different shades of blue (there were four). With each minute that passed, I became more and more convinced that staying in Mexico was the right decision. When we were invited to the beach to witness the release of 53 sea turtle hatchlings on Monday evening, I marveled at the reversal of our fortune. I went scuba diving on Monday and Tuesday mornings, and when we saw an adult turtle nibbling at something on a stalk of coral, we hovered a few feet above it and watched contentedly. On Wednesday and Thursday we again staked our claim to the beach wheelchair. While we were in the water on Thursday morning another adult sea turtle joined us for an extended swim. He passed inches beneath me while I was treading water with my arms, made a large circle behind me, and when I turned around to find him, he gracefully raised his head from the water. It was a magical moment that I would have missed if I had thrown the towel in when I wanted to on Friday night. Voltaire, you’re right - “Wherever my travels may lead, paradise is where I am.” 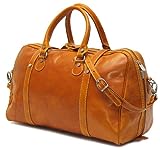 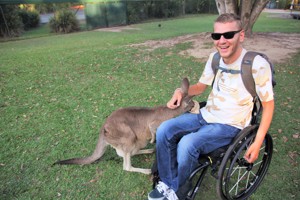 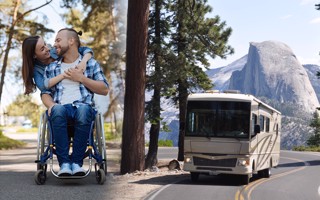