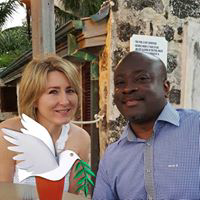 I was born in Leicester and at the age of five, I contracted polio. I was one of the last few people in the UK to have contacted polio and it initially left me paralyzed from the neck down. The doctors said I would never walk again and my survival rate because of the severity of the polio was 10%. After many years in the hospital I partially recovered and got most of my upper body strength back but I'm still quite disabled with one leg fully paralyzed, the other leg at 25%, one arm at 50% so I've only got one limb at hundred percent.

Unfortunately, my problems didn't stop there because my father could not accept my disability and as a result, I had to endure a lot of physical and psychological trauma as a child. On top of this, and also being black which comes with its own unique issues.

Despite my challenges, I went on to university and achieved a Masters degree in business administration (MBA). Equipped with this I decided to tackle the job market only to find that black and disabled people are heavily discriminated against. After years in dead-end jobs, the charity finally gave me a decent job and I was there for several years. Unfortunately, in 1999 I developed the late effects of polio. In a nutshell, polio can strike twice because 30 or 40 years afterward 80% of polio suffers start to experience muscle ache and chronic fatigue. As a result, I left my job.

However, there was a silver lining because it allowed me to develop my interest in the Internet and in late 2000 I set up my first company (Easy Internet Services) using a credit card as cash flow because I was completely broke.  I ended up working for the likes of the Guardian, Coop, and Amstrad. In 2004, I set up my second company which is based in Bournemouth. It is the largest free web hosting provider in the UK. I've been invited to meet the Prime Minister,  I'm a DWP partner and I have won various business awards.  Last year I released my book which is called I Can. I Will and it went on to become a No.1 best seller on Amazon. 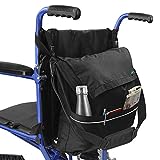 I am a disabled entrepreneur & motivational speaker. Anything Is Possible. Just Believe! 🌟