10 Things People With Endometriosis Are Tired Of Hearing 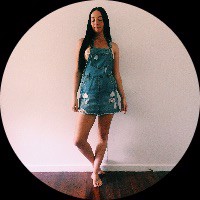 Endometriosis is an a invisible illness where tissue similar to what lines the uterus spreads outside the womb and grows on other parts of the body. This causes debilitaing chronic pain and can lead to infertility. There is no cure. Those living with Endometriosis often suffer in silence because so many people don’t take us seriously, accuse us of over exaggerating, or try to convince us that it’s all in our heads. We are constantly having to justify the severity of our disease, while being faced with judgemental and ignorant comments. I’m sure that if you asked the 176 million or so people living with Endo what they wished people would stop saying, these 10 would all be on the list...

Ahh that old chestnut! One of the biggest myths around endometriosis. A hysterectomy is NOT a cure. And also, who are you to tell a woman to just go ahead and rip out her womanhood as though it's as simple as heading to the shops for a loaf of bread?

Not that it’s anyone’s business regardless… having babies isn’t always easy nor possible. The woman you just asked that insensitive question to may be having her 5th miscarriage, or may be on her 6th round of IVF. We’ll have babies if and when our bodies allow us.

Maybe not all the time... but when we’re sitting on the shower floor, hunched over the toilet, passing out from pain, or laying with our legs in the air in a hospital bed we do. Endo is invisible a lot of the time to those who aren’t going through it, but it’s visible every single second of the day to someone who is. Never judge the severity of a person’s illness by how much of it YOU can see.

Yeah, it could be worse… but being curled up screaming in a ball off pain because it feels like your insides are being hacked out with a red hot machete, hysterically crying with anxiety because so much of what is wrong with you is completely out of your control, feeling like no one understands you or having to constantly justify your pain, having surgery after surgery for endo to just keep growing back anyway, possible infertility, being so chronically fatigued that you feel like you’ve been hit by a double decker bus 10 minutes after you’ve woken up, spontaneously vomiting / peeing your pants / or bleeding out like you’ve been shot in the uterus is still pretty bad!

#5: "If you just exercised more, you wouldn't be so sick all the time!"

Ok then, explain why those of us who’ve been highly active for our entire lives still suffer then? You know there’s Olympic athletes who suffer tremendously from Endo too right? Mind blowing!

No, we’re not growing a human, we probably just ate a crumb. One of the worst symptoms is “Endo belly”. You can go from looking like your everyday body to looking 7 months pregnant in the space of a few minutes. Endo belly is ridiculously uncomfortable and lets be honest, can REALLY mess with your head, not to mention your body confidence, so the last thing we need is someone asking us how long until the baby is due.

I’m pretty sure all we DO is try to not think about it, but it’s a little hard when there’s a machine gun firing endless rounds of ammunition into your uterus.

Yes actually... it really can be.

Feeling like your ovaries are clawing their way out of your abdomoen like that demon girl form The Ring is NOT just a bad period. Endo doesn't only exist for the week during your period, it exists 365 days a year and it will rear its head and try to eat you alive whenever it feels like it, whether you have your period or not.

This one’s got to be one of the most insulting. Do you know just how much toughness it takes to try and live your life every day with your insides constantly working against you? Do you know how tough you’ve got to be to hold it together through excruciating pain, endless medical appointments where it feels like the entire world is looking up your vagina, or trying to not let the anxiety of what the future may mean for you get the better of you? Do you realise how tough you’ve got to be to spend a night in agony on the bathroom floor & still go to work the following day as though you’re completely fine? Some of the toughest people in this universe would be, without a doubt, those living with Endometrioses.

Advocating awareness for Endometriosis can be difficult as sharing personal details about your life can open a door for everyone else to drop comments that can actually be quite offensive and heart breaking. Endometriosis is such an individual fight as it effects every body differently… so we're not asking for anyone to give us all the answers… we're just asking that you’re mindful, make yourself aware, and to remember that sometimes it’s more helpful to ASK someone what they need, instead of automatically giving advice that may only cause more damage.

32 | Australia | Saying it how it is | Endometriosis Goddess.