My history with chronic illness

I’ve lived with chronic health problems for over nine years now. I’ve faced a lot of difficult to deal with situations, but one of the hardest things that I’ve had to contend with is something that most people wouldn’t even consider to be something associated with chronic illnesses…and that is how much I’ve struggled in relation to my self-esteem, confidence and body image.

As a teenager, I wasn’t the slimmest of girls. I was what most considered to be “chubby,” but I think at first it was related to going through puberty and maturing from a girl to a young adult. Chronic illness changed that. I went from what seemed to be weight caused through a “normal part of growing up” to weight gain and retention that was the result of medications and difficulties being active.

One of the medications I was placed was a series of steroid courses. In short bursts they don’t carry many side effects and are fantastic drugs, but when you start to be placed on them longer term, you can run into issues. I was on constant high doses due to frequent,severe asthma attacks and severe allergic reactions. I was faced with rapid weight gain, fluid retention, excess hair growth, excess sweating, swelling to the back of my neck, stretch marks that covered my body – and I’ve not even began to touch on the mental health side effects I face. (Although, I do want to say is that this is my own personal experience with steroids. Please don’t be scared of steroid courses as everyone reacts to medications differently. Some people have little to no side effects at all.)

How it impacted my mental health

When this medication made me gain weight, I felt at the lowest point I’ve ever felt regarding my body image and confidence. People would constantly point out my weight and I faced comments in real life as well as in the online world – the place I viewed as my escape from my reality.

Ending up with a feeding tube

I began to worry about never being able to lose weight and it only getting worse. In March 2015, I began to be unable to tolerate anything orally (food, fluids and medication). It didn’t matter what type of oral intake I tried or what medication I tried, I couldn’t keep anything down. I was hospitalized for over a month as a result of it, while we also tried to get on top of my symptoms. My weight began to drastically drop. Doctors had become increasingly concerned and as a last resort decided to trial me with a nasogastric (NG) feeding tube. Thankfully it worked. I managed to tolerate feeds and was sent home shortly after with tube feeds at home.

How having a feeding tube made me feel

Whilst my weight no longer made me feel down, I now struggled with feeling extremely self-conscious about having a tube stuck to my face. People would be cruel surrounding it. I struggled with going out in public as I was constantly aware of people’s eyes falling upon my face and seeing my feeding tube, staring at me. Sometimes people would go as far as laughing, pointing and speaking nastily to those they were with about me. My confidence plummeted and hit the lowest point it had ever been. This affected me greatly. My mental health began to suffer dramatically and I faced feeling unhappy all of the time.

By January 2016, I felt I was on a downward spiral. I never felt happy and those around me really noticed. I felt I’d lost so much to my chronic health problems. I used to be someone who tried to see the positives in difficult situations, but I just couldn’t seem to find any good. I begged and pleaded for something good, something positive, but it just felt like it was never going to come.

When I was first introduced to the idea of beauty pageants

In April 2016, a friend on Facebook had posted photos of when she’d competed in a beauty pageant. I felt instantly drawn to the idea. It seemed absolutely unlike me, as it’s something I’d never considered previously. I’d always assumed that beauty pageants were for girls who were really tall, really pretty and very slim. When I’d thought about beauty pageants I instantly thought about girls strutting their stuff on a stage wearing a skimpy bikini. Without thinking too much, I found the UK version of the prestigious international Galaxy Pageants. I found their application form, gave my information, uploaded four photos and clicked send.

Receiving the news that changed my life

Two weeks later I received an email that has truly changed my life! Reading it, I couldn’t quite believe what I was reading. It felt like any minute someone would pinch me and I’d wake up. The email read, “Congratulations, you’ve been selected as a finalist for Miss Galaxy Scotland 2017!” I’m not ashamed to admit that I cried reading the email. When I told people, they were shocked. I hadn’t mentioned to anyone I’d applied on the basis that I never in a million years dreamed I’d be selected as a grand-finalist!

Learning the ropes of beauty pageants

From the get-go I had a great deal to learn! I found out that there was so much more to pageants than the physical onstage round. There was charity work, fundraising, appearances, platforms (a cause or charity you support as a finalist/queen) and much more. I began to have such fun preparing for the final! In a very short space of time I’d gone from feeling at my lowest to feeling happier within myself. As my time as a finalist drew to a close, I felt eager to take to the stage and compete for the title of “Miss Galaxy Scotland,” but I also felt really sad that my experience was nearly over.

Competing in my first pageant

On March 10th, 2017, I took the stage, as one of 15 girls ages 19-29, representing Scotland, to compete in the prestigious UK Galaxy Pageants. I still had my NG feeding tube and worried about the reactions from other people. Walking on stage I felt a confidence I’d truly never felt before. I felt on such a high, completely on top of the world.

How pageants made me feel

The best part of all – I felt beautiful.

The result of my first pageant

I found myself feeling very emotional throughout the whole event. I didn’t win the overall title of “Miss Galaxy Scotland,” however I was awarded “Miss Congeniality,” an award chosen by the other contestants as who they viewed to be the friendliest contestant. It was truly one of the best experiences of my life and I found a new lease for life that I hadn’t had before. I feel I achieved so much during my time as a finalist. I made over 36 appearances ranging from public appearances, visiting charity projects, supporting awareness days and more. I also raised over £500 for two different charities – the Anaphylaxis Campaign and The Christie charity.

On 28th April 2019 I finally won my title. I competed in the Miss Humanitarian UK beauty pageant and was crowned 'Logan's Legacy Queen 2019/2020'. I raised £180 for the charity Abbie's Army and also received the 'Ultimate Fundraiser 2019/2020' title. Since winning my title I've been making use of it and also continuing to work with my platform for pageants.

What is my platform for pageants?

My platform for pageants has become advocating for those who have chronic illnesses and mental health illnesses, raising awareness of different conditions. I’m also showing other people that no matter what you’re faced with in life, no matter the conditions you may struggle with throughout your lifespan, no matter what medical aids you may have to use in life – you’re truly beautiful and nothing should take that away from you. Illness can truly make you feel horrendous, not just physically, but mentally too, and it can diminish your self-esteem like mine did for me. But you are not your illness. You’re much more than a list of symptoms and conditions, you deserve to feel proud of yourself – even if it’s just for getting through the day. You’re doing amazing. 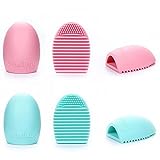 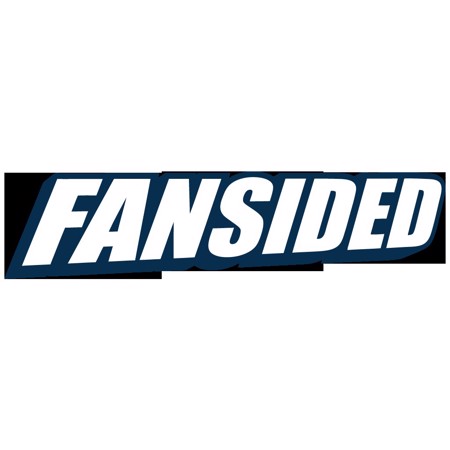 I live with various chronic health problems and mental health issues however I do not let them stop me from living life to the fullest. I'm a part-time student at a University online studying a degree in Health Sciences (my ultimate goal is to qualify as a doctor specialising in intensive care medicine); I compete in beauty pageants; I enjoy reading; I love to colour adult colouring books and much more. I am much more than the list of symptoms I live with and the conditions I'm diagnosed with.