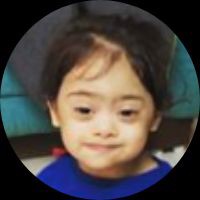 When Laksh was born, I felt cheated and betrayed. I left like, despite doing everything right, I got a baby that was not “normal”. We barely had any time to look up Down syndrome, when another surprise was waiting for us. When Laksh was less than a day old, he vomited bile and the doctors and nurses rushed in and admitted him to the NICU. All we were told is that vomiting bile is not normal and that something was wrong with him. As new parents, my husband and I were terrified. I remember only crying and praying. At that moment it did not matter whether he would be able to walk, speak, drive or find love, all that mattered was that my baby be heathy.

Our son had to be transferred to a better-equipped NICU in Manhattan so my husband and my one-day-old baby left in an ambulance while I stayed back at the hospital all alone as I was one-day post-op. Our son was later diagnosed with Hirschsprung’s disease and we were told he needed surgery in order to survive. When he was just 3 weeks old, he underwent his first surgical procedure, which went on for more than 7 hours. These were the longest 7 hours of our life. My brave baby came out of it like a champ. Two weeks later, as we were getting hopeful of going home, Laksh vomited again. This time the scare was worse and we were told that he might need another life-saving surgery. Thankfully, it wasn’t that serious. He had developed adhesions that needed to be released.

Down syndrome is not limiting

At 2 months and 5 days old, our son finally came home. The second best day of our life. The first was obviously when he was born. Today Laksh is 2 months away from his 2nd birthday (August 1st). In the last 22 months, I have hardly ever thought of Down syndrome to be a limiting factor. Yes, I did grieve the perfect child that I was hoping for but once that was done, I came to realize there is no one more perfect than my precious baby boy Laksh. Limitations are only limiting when we give them that power. Take people for who they are and not what the world conditions you to believe. Laksh is more loved because and not despite his diagnosis.

Proud mom of Laksh who is changing the world with his smile. Down syndrome advocate!