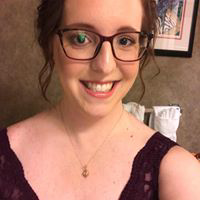 It’s a big milestone. It’s a birthday many young adults in their 20s dread, while others plan a big party or night out to celebrate or embrace this “big” milestone. My 30th birthday was about a month ago at the time of writing. This birthday turned out much different than I anticipated. Although I personally never envisioned throwing a big 30th birthday party, I still envisioned celebrating with friends and family over dinner and/or spending an afternoon doing an activity I enjoy. However, my life took an unexpected turn months after my 27th birthday. I had a massive stroke due to numerous cervical dissections. I spent my days simply fighting for my life and attempting to regain the basic human functions including walking, talking, using the bathroom, etc. As the first two years passed, I did manage to regain a fair amount of my independence, but those years brought about many changes in my life. Plenty of the changes were expected because I was indeed recovering from a massive stroke. I was also navigating my way through many unexpected twists and turns. I was presented with more than my fair share of obstacles and decisions that no 28 or 29-year-old should face. Needless to say, my life was far different from those of many other individuals in their late 20s.

Weeks Leading Up To My 30th Birthday...

A few weeks prior to March — the month of my birthday — the overwhelming and all-encompassing stress which is now “the norm” escalated. This increase in stress was due to numerous factors, but I was well aware that one contributing aspect was my birthday slowly approaching. I’ve had two and a half years of prior experience in the early “recovery” stage; for a multitude of reasons, birthdays and holidays post-stroke are uniquely more painful and emotionally difficult to endure. Those days no longer feel like celebratory occasions. But this birthday, as well as the weeks before and after, were far worse than what I had previously experienced. Here are three reasons why turning 30 has been utterly heart-wrenching and painstakingly more difficult:

1. The reality that my life was not supposed to look like this at 30. I really am only 30 years old. It has been less than three years since my stroke, yet it feels like an eternity. I feel much older than 30. Physically, l feel 80. I have literally been at death’s door and because of that, I’m much wiser than most 30-year-olds. I have endured more pain, suffering, bad news and heartbreak than one should experience in a lifetime. Yet again, I’m only 30. The realization I still have basically my entire life ahead of me is too overwhelming. I cannot bear the thought of facing any more pain and hardship in my life.

2. I feel like I was “robbed” of my 20s. Thirty is considered a big birthday because it is truly a milestone in one’s life. The transition from 20s to 30s is saying goodbye to those early years of adulthood when you’re starting to discover who you are and welcoming the more mature aspects such as marriage, starting a family and accomplishing professional goals in one’s career. I feel like I bypassed this process entirely. My 20s consisted of eight surgeries, a handful of cervical dissections and a massive stroke to top it off. My 20s were consumed by doctor appointments, injections, needle pokes, procedures, medications, imaging such as x-rays, CTs, MRIs, hospital stays and more hours of rehabilitation than I could ever count. I had no time to discover who I am outside this medical hell I was living. I felt forced to “grow up” overnight. I missed out on the fun, adventures and mistakes one should experience and learn from in their 20s.

3. I have only now begun grieving the majority of my experiences. Trust me… I’ve had many days over the last 10-plus years where I was frustrated, upset, angry and so on about the unfortunate things happening in my life. However, I typically tried to look at the upside and positive in my life and tell myself better days were ahead. I managed to graduate pharmacy school despite much pain and three surgeries during just the rigorous graduate school portion, for example. That definitely was not easy, but again I pushed forward and celebrated little victories in the face of much adversity. When I had my stroke, it felt like my system went into overdrive. I was in the hospital for months, then in outpatient day-long intensive rehabilitation for one year. I was presented with never-ending obstacles and encounters I had no choice in because my life was at risk. I’ve lived the countless and immensely treacherous days full of more tears than one could imagine. I was running on a nearly empty tank of gas for years. Given this, I could not realistically process the true intensity of the events that were occurring; I was merely trying to scrape by and survive. Now, years later, I am slowly beginning to realize, understand and cope with what I have endured, all while still living with the suffering I’m still experiencing in the present day… and it’s a lot!

At first, these three reasons were not easily identifiable. The reasons gradually became evident over the weeks both before and after my 30th birthday. Days after days, I would stare at unopened birthday cards, unable to face the reality and heart-shattering pain of my 30th birthday. On each birthday in my 20s, I wished the next year would bring less pain and adversity. However, I was often greeted by the opposite. I still have that same wish; However, I hope more that the next year or decade brings acceptance, new healing and also helps me realize the silver lining of the adversity I have encountered thus far in life.

Birthdays normally have a happy connotation; I hope sharing my unfathomable pain brought on by a “simple” birthday comforts others with chronic illnesses, pain, trauma, and so on — others who have also experienced similar feelings or difficulties with birthdays or holidays, for example. For those who have not encountered unreal pain due to a birthday or “happy” life event, I hope to raise awareness that these feelings and emotions can and do occur for others. Life is precious. There are no guarantees. Be thankful when a seemingly “happy” day goes as planned or expected. Be aware that someone in the world is likely, simultaneously experiencing immense, soul-crushing pain, suffering or sadness on what should also be a “happy” day in their life.