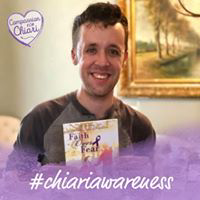 You matter to everything!

Hello, My name is Matthew and I am 27 years old living in south Texas. I have experienced quite a crazy life that makes most peoples jaw drop after hearing it. I had a small film career landing a PSA for Texas and an independent film that had Gary Coleman. I even traveled to Hollywood auditioning for some big casting directors. After 2 years of roughing it in the oilfield, I opened a photography business and quickly built some great relationships with people. I traveled all the way to upstate NY for a wedding on an island next to a castle. Then nationally published quickly after that for a shot for an airlift company. Amongst all these crazy times I was finding myself in extreme physical and at times mental pain.  Trying to find answers was not #1 priority but in any attempt, I was pretty much blown off for being so young. I finally found a neurosurgeon that finally listened to my concerns.

You are stronger than you think!

He did a full MRI of my back but never expected to find what we found. I had syringomyelia also known as syrinx which is a spinal cyst growing inside your cord. My syrinx was attached to my brainstem and stopped halfway down my back. The words "This is the largest spinal cord I've ever seen in my practice" came from this neurosurgeon. Then further searching revealed I had been suffering from Arnold Chiari Malformation which basically meant the bottom part of my brain was falling out of my skull. Decompression surgery was strongly recommended after this discovery and so on Jan 5th, 2016 I had my brain surgery. Lot's of people ask you before surgery if you are nervous is something I learned. I found myself in this unremarkable peace about it all. I mean don't get me wrong because I had some butterflies but I remember telling my mom "Whatever happens after surgery it's already in God's hands".

Nothing can stop you!

Waking up from surgery is like you went to take a Sunday nap waking up at 3 am on Monday forgetting that you live on planet earth. I remember waking and still feeling the oxygen mask and wanting to remove it. However, that simple task was impossible due to unforeseen circumstances. I woke up from my surgery paralyzed from the neck down from finding an arachnoid cyst and a lot more damage on my brain stem than we thought. Suddenly being told I was going to have to reteach myself how to feed myself and walk again was very jolting.

I was moved back home to stay in a rehab facility where I got my as I joke my "diagnosis ontop of my diagnosis" which was a quadriplegic. I began my intensive therapy and boy was it intense. With my combined positive attitude, Faith in God, and my grit I found myself fighting for the independence I once had and took for granted. Twenty-three days of being bed and wheelchair-bound I went from 130lbs to about 90 lbs of skin and bone. On the 23rd day, I was doing occupational therapy and I remember sitting there in silence. I remember just finally letting go of a lot of things but mostly why me questions. I heard as clear as day a voice that I knew was God tell me it was time to walk. I looked at my therapist immediately and told her "I don't know how to explain this but its time to start walking".  She looked at me and said Lets go!

YOU ARE A WARRIOR!

So we stood up and I began walking that day to my room only holding onto my therapist forearms and the words from God. It was probably one of the hardest moments of my life but showed me how amazing our God is in our lives. I made it all the way to my room that day without stopping. I didn't stop there because several days later I walked out of therapy totally unassisted. You could say I then began "running" I would be totally discharged from therapy less than a year later. I picked my camera back up and started going to college! I started working again and then published my first book in October last year.  I'd say one of my biggest lessons was taking things for granted. I'm so thankful for everything I've been through and the blessings that it has brought. I am now 100% independent again but 100% dependent on God.