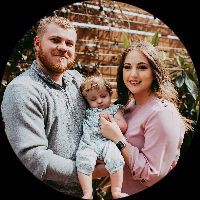 In January 2017, I had a miscarriage. When you become pregnant, you don't think of miscarriages, diagnoses, abnormalities, or stillbirth. But then when one of those things happens, you think about it all of the time. My husband and I became pregnant again five months later (May 2017). We were happy, but scared. At our first appointment, we heard the baby's heartbeat, something we never got to hear with our first pregnancy. We had some relief, but we knew we had to get passed the first trimester. At 12-weeks, we decided to do the genetic screening (MaterniT21) to see if what are chances were of possibly miscarry again. We also wanted to know what the gender was. Again, something we never knew with our first pregnancy. About a week later, I got a phone call. The doctor told me she had some bad news. My test came back with a high percentage of the baby possibly having Trisomy 18. I was unfamiliar with this and thought it was similar to Down Syndrome. Unfortunately, it was much worse. Babies with Trisomy 18 rarely make it to birth and if they do, they only live a few days. The doctor told me not to Google it because there is a lot of negative information about the diagnosis. Before she hung up I asked her if she knew the gender, she said it was a girl. I then called my husband and told him our baby was going to die. He immediately came home and we started to Google everything about Trisomy 18, our findings were not hopeful.
At our 20-week anatomy scan, our daughter had every soft marker that related to Trisomy 18: fluid on the brain, a heart defect, clubbed feet, clenched hands, measuring small, and a lot of amniotic fluid. Our MFM talked to us about our options of abortion, we declined and he respected our decision. We had two more ultrasounds at 24-weeks and 27-weeks. But at our 27-weeks ultrasound, our MFM couldn't see any distinct soft markers. She was measuring about a week behind but he didn't seem to concern since my husband and I aren't that tall. He thought that maybe our original screening could be a false positive or we could be looking at a different diagnosis. Together, we all decided it was best to do an amniocentesis to get a better idea of what was going on. If the test came back negative, then we had nothing to worry about, but if it came back positive, we wanted all of the doctors and nurses to be prepared. We got the FISH results a few days later, the test was positive for Trisomy 18. For the remainder of our pregnancy, we hoped and prayed it was a false positive. Towards the end of my pregnancy, my doctor asked what we wanted our birth plan to look like. We told her wanted to meet our daughter alive, no matter what. She smiled and said she would try her best to make that happen.

On February 15th, 2018 I was induced at 5:00 am. I was 1 day shy of being 40 weeks pregnant, but I looked like I was about 45 weeks pregnant due to the amount of amniotic fluid I was carrying. About 7:30 that evening, my doctor broke my water and my daughter's heart rate continually dropped with every contraction. We all decided that a C-section was necessary if we wanted the chance to meet our daughter alive.
Harper Abigale Johnston was born that night weighing 4lbs and 11oz and she was 17 inches long. A nurse brought her to me for a few minutes and then she was immediately taken to the NICU. I asked my husband if her hands were clenched since that is a marker for Trisomy 18 and he said yes.

We were told to expect a few weeks with our daughter. We already discussed funeral arrangements and prepared for her death. But Harper had other plans. Harper was born with 3 VSDs, 1 ASD, and a PDA. She also had a TE fistula which was repaired when she was three days old. She had open-heart surgery to repair the holes in her heart on Christmas Eve Day when she was 10 months old.   Today, Harper is 2-years-old. She can laugh, roll over, bare weight on her legs, she’s off all medications and requires a g tube to be fed. She loves watching TV and being tipped upside down. She is full of life and has the attitude of a typical toddler. 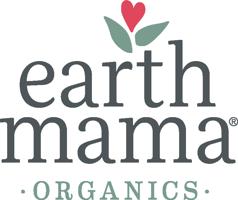 Nothing is Impossible: Reflections on a New Life

Nothing is Impossible: Reflections on a New Life