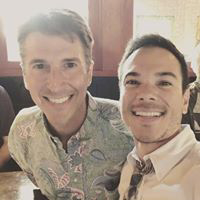 Thought Life Was Over After I Lost My Legs

I lost my legs in the summer of 2011. A few months earlier I had just completed my first half-marathon at a decent time of 1:39. I was on my way to train to come in under 1:30 when the car slid off of the road after heavy rain and struck a power pole.

I have no recollection of the accident. All I remember was waking up to my parents in the hospital in a foreign country. The accident was actually a month prior. I was in a coma for a month and once stabilized I was transported to the nearest private hospital that could deal with my rehab. My accident happened on the island of Guam and was less than a mile from the U.S. Naval Hospital so the ambulance took me there. Fortunately, there were two surgeons who had served in Afghanistan and knew how to deal with amputations due to trauma. Lucky me. I was in bad shape, though. Collapsed lungs, traumatic brain injury, fractured hip and clavicle, and all my organs shut down. The doctors told my parents I would not live. Yet slowly, one by one, all organs came back online. Once I was stabilized I was transported to St. Luke's Hospital in Manila.

I spent another month at St. Luke's before deciding to rehabilitate at home with my parents. It would take me two years to recover to the pre-accident state. Once well, I decided to move back to the U.S. as there was (and still is no) prosthetic clinic on Guam.

I got into sailing last year in January with a non-profit that takes disabled people sailing. I fell in love with it. I was a car guy before the accident. The car I crashed in was a project car that I had bought three months prior to the accident. I was working on slowly fixing it up with the goal of turning it into a drift car. Sailing is similar to driving in that it requires your full attention. There are so many controls that go into driving-gas, brake, steering-from a simple standpoint. Sailing has similar controls-steering and sails. Except in sailing, you add in elements you cannot control such as wind and current. My time on the water requires my full attention and takes my mind off worrying. I'm forced to be present on the water.

I'm fortunate that I've had the opportunity to sail as a double amputee. I've seen how precarious it can be for wheelchair-bound people to be transferred to the sailboat. That inspired me to search for a wheelchair accessible sailboat on the west coast. Sadly, I could not find one here. However, I found a wheelchair-accessible catamaran sailboat on the east coast which takes disabled people sailing. Her name is the Impossible Dream based in Miami, Florida, and it is run by the non-profit Shake-A-Leg. It is my goal to bring a similar concept to the west coast and to do that I started a non-profit, California Dream Sailing. I am inviting you to help me spread the word. I want to build a wheelchair-accessible catamaran to share my love of sailing and empower those who need it most. 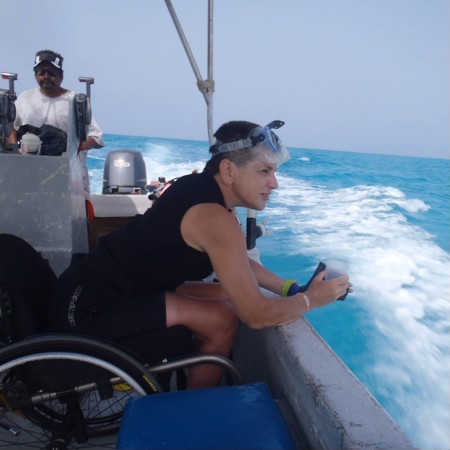 Hokulea and the Aloha Spirit

They would build a canoe By the early 1970s, many native Hawaiians had watched for decades as their way of life was slowly torn from their grasp. There were naysayers who fai…

I lost my legs in the summer of 2011. A few months earlier I had just completed my first half-marathon at a decent time of 1:39. I was on my way to train to come in under 1:30 when the car slid off of the road after heavy rain and struck a power pole. Last year I fell in love with sailing and found my new goal!