3 Tips for Running for Office with a Disability 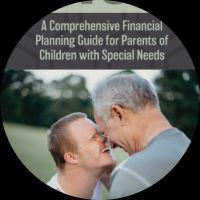 Creating a Better World: 3 Tips for Running for Office with a Disability

People with disabilities are an increasingly important voter bloc in the United States. In 2018, the disability community saw a greater spike in voter turnout than any other demographic.
For some, this new political momentum doesn’t stop at the ballot box. People with disabilities are also running for political office in greater numbers. In addition to prominent political figures like Senator Tammy Duckworth and Governor Greg Abbott, 12 percent of local officials today have a disability.
But while the political arena is growing more welcoming to people with disabilities, running for office with a disability isn’t without its challenges. Here are three tips you can use to overcome barriers and find success in your own campaign.    Candidates shouldn’t hide their disabilities on the campaign trail. Not only are voters looking for authenticity from elected representatives, but disability rights are an increasingly important voter issue.
Include a section on disability policy on your campaign website, ask leaders in the disability community to speak at campaign events, and use your stance on disability issues to draw a contrast between yourself and other candidates.

No one can run a political campaign alone, disability or not. As soon as you decide to launch a political campaign, step one is finding the right people to work alongside you.
Key members of a political campaign include:
Campaign manager: Political campaigns have a lot of moving parts. A campaign manager makes sure you stay on top of it all. On smaller campaigns, the campaign manager may be a volunteer.
Fundraising Director: Even a local city council-run can cost over $10,000. The fundraising director takes on the important role of raising funds to finance your campaign.
Web developer: Building a campaign website isn’t a DIY job. A web developer will ensure your website is polished before it launches and updates it as needed throughout your campaign. Smaller campaigns can keep costs low by hiring a freelance web developer through job boards like Upwork.
Accountant or treasurer: Campaigns need someone to track all the money flowing in and out of the campaign and maintain campaign finance compliance. Again, freelancers can be a good solution to this staffing need.

While these are the key roles any campaign needs to fill, larger campaigns may have many more people on staff, from political consultants to media strategists. Consider your budget and the size of your campaign when deciding who to hire.

Digital campaigning is largely an afterthought for politicians, with many pouring their time and money into events, direct mail campaigns, and television ads instead. But for candidates with disabilities who face physical and financial barriers to traditional campaigning, the internet is a well of untapped potential.
Here are three ways you can build a digital campaign:
Build a campaign website: A website that educates voters about your platform is a must for any political campaign, whether you’re running for your town mayor or state senator.
Engage on social media: A social media presence is just as important, if not more so than a candidate’s website. From fundraising to live video and more, there is a lot, candidates can accomplish on social media.
Hold virtual campaign events: Struggling to find accessible locations for campaign events? Hold virtual fundraisers, town halls, and campaign rallies to reach voters at home.

Put a Spotlight on Disability Issues

Candidates should also pay attention to accessibility at both in-person and online events. Ensure web content is accessible to all users, choose video conferencing platforms that are compatible with assistive technology, and offer multiple ways for attendees to participate in virtual events. By putting accessibility front and center, candidates can broaden their audience and demonstrate a commitment to diversity.
Disability can be a barrier to political campaigning. It can also be an asset. Instead of letting your disability keep you out of the political spotlight, design a campaign that overcomes obstacles and draws attention to the needs — and the strengths — of the disability community.

I’M ED CARTER, AND I’M A RETIRED FINANCIAL PLANNER. Over the years, I’ve worked with clients of all ages, backgrounds and incomes. About 10 years into my career, I saw a need for financial planners who specialize in helping individuals and families living with disabilities. Regardless of their nature or how long they’ve affected someone, physical and mental limitations often cause stress and confusion when it comes to financial planning. Many people are unaware of just how many options they have when it comes to financial assistance and planning, so it’s an honor to offer my experience and change people’s lives for the better. Now that I’m retired, I’m committed to continuing my services, even though I work on a broader scale than when I was working 9 to 5. I now spend my free time writing financial literacy articles for people to share on their blogs, collecting resource links for people to share on their websites, and collaborating with like-minded folks who want to make a difference. If you are interested in working with me, please contact me via my contact form. All of my services are free.