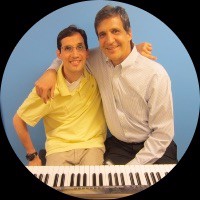 The concept of “making a promise” is not new, but the commitment to keeping one, is often difficult, especially as time passes on. In 1997, when I prayed in the Intensive Care Unit that my son, Daniel, would survive after one of his 5 brain aneurysms ruptured, I never expected the promises I made that morning would come to fruition quite like this.
At 5 AM the doctors came into the hospital lounge where I was resting to say that Daniel had gone from bad to worse and to get my wife, Nancy, to say goodbye. I couldn’t believe what I was hearing. My son was healthy, vibrant, and full of life just 2 days prior. So I went to his ICU room, thinking that this was the last time that I would ever see my 12-year-old son. I spent 45 minutes alone with Daniel, talking to his lifeless body, holding his hand, praying and crying. Before I left to get my wife, who was home with our younger son, Michael, I made 3 promises that I would commit my life to if Daniel survived:
(1) Daniel would have a meaningful life;
(2) Our family would stick together (not only for Daniel but also for Michael whose life was about to change dramatically, as well. As a footnote, Michael not only persevered but has flourished and is now a successful neuro-psychologist);
(3) Our family would do something meaningful and impactful for the community.

Then I left, not knowing what to expect when I returned. My legs were like rubber as Nancy and I walked back into Daniel’s ICU room. Miraculously, he was still alive as his intracranial pressure had self-regulated. It was from that moment on, I knew that one day, I would have the opportunity to keep my promises.

After 30 days in a coma and daily rehab for almost a year, Daniel came home. Our family began a journey that was focused on love, acceptance, the setting of achievable goals, and looking for that one spark that would provide meaning to Daniel’s life. After 8 long years of searching, Daniel found that one thing, his “superpower”: music! It made perfect sense – we had read how music activates more parts of the brain than just about any other activity. Music allowed Daniel to express himself, be creative, and connect with others. As we researched the power of music and programs that were available for individuals with disabilities we found there was a void. There were conservatories (that focused on music performance and excellence) and music therapy, but there didn’t seem to be anything in between. And there were no programs available for individuals with disabilities in a group setting. It was with that realization that in 2006, nine years after Daniel’s injury, our family founded Daniel’s Music Foundation (DMF), a non-profit organization that empowers individuals with disabilities through music.

We offered free music classes right from the start because our belief was that music was a right, not a privilege. We thought that if we provided excellent service coupled with a welcoming attitude and Daniel’s “Smile-o-meter” approach, that people would come together and support our mission. As Nancy put it: “Our family would never have the heart to turn anyone away if they hadn’t paid.”

From the beginning, our family has made decisions based on the premise of being “A Foundation of Giving,” a notion we take very seriously. Not just an organization that gives, which is how many non-profits define themselves, but to make it an integral part of the culture that has shaped DMF from day one. Beyond that, and keeping to our family’s promise and commitment, we have never taken a salary from DMF since inception –we have been blessed with the gift of our son and a family that has made it through together, and you can’t put a price on that.

This concept goes beyond our family and permeates throughout the organization. Everyone who works at DMF is a person of giving. The staff, many of whom have been with the foundation for close to 10 years (and longer) are what I define as a team of givers rather than takers. Each one has chosen DMF as the vehicle to effectuate positive change and make an impact within our community and society as a whole.

Fourteen years later, in the midst of a global pandemic, DMF is still giving. On May 14, 2020, Daniel’s Music Foundation launched our new DMF Virtual Community (danielsmusic.org/virtualcommunity), a place where individuals of all abilities can connect, engage, and celebrate the joy of music together. This new platform includes free interactive music and movement activities and virtual live events, as well as virtual music lessons for individuals and groups at an affordable price. We are even reaching out to organizations and schools that serve individuals with disabilities with free virtual field trips to help fill the void for recreational activities that may not be currently available to them.

In these uncertain times, it has been important for us to find new ways to effectively engage our community, as individuals with disabilities disproportionately experience isolation, which is only exacerbated by the current global crisis.

Believe it or not, the concept of giving even carries through to fundraising, which is an oxymoron but has proven to be successful. “Our focus is to build meaningful relationships vs. constantly asking for donations. We want individuals, foundations, and corporations to support us because of the good work we are doing rather than out of a sense of obligation or guilt,” according to DMF’s Marketing & Disability Awareness Director, Carla Sullivan.  The reality of the ongoing challenges individuals with disabilities face, of constantly being underestimated, overlooked, and misunderstood drives the desire to give. Daniel, the survivor and President & Co-Founder of DMF, strongly believes that “the community we serve deserves joy in their lives and to know that they are important.” That and the promises that I made many years ago, will always keep DMF grounded to be a true “Foundation of Giving.”
- Ken 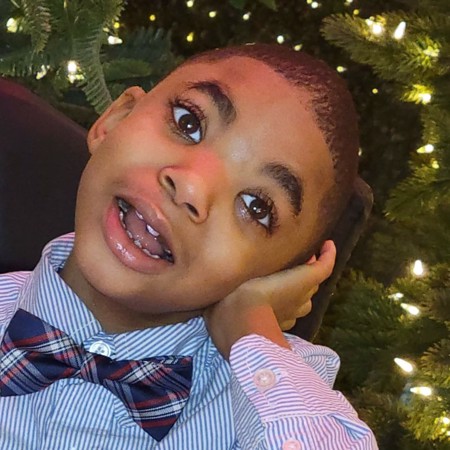 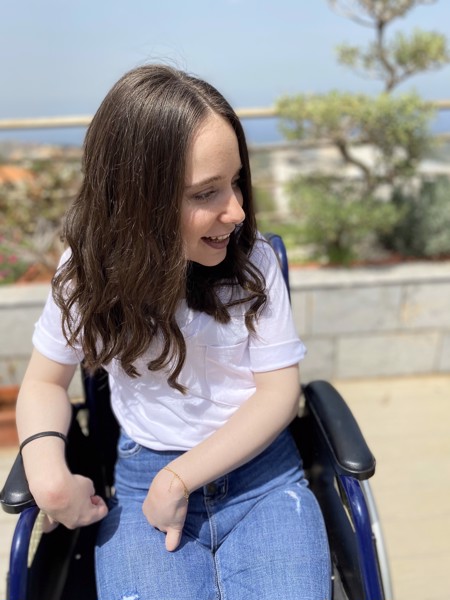 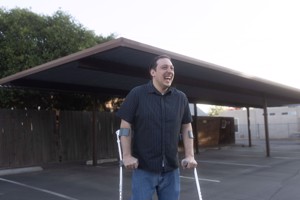 Daniel, along with dad Ken, mom Nancy and brother Michael, are co-founders of Daniel’s Music Foundation (DMF) in New York City, a not-for-profit organization that empowers individuals with disabilities through music.