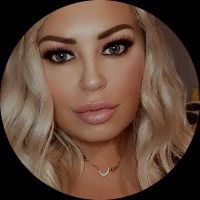 Having suffered the stillbirth of our daughter the year before, I found my pregnancy with Ashton terrifying. Everything was going well until at 20 weeks pregnant, I went into preterm labor.  With the help of cervical cerclage, they managed to close my cervix and prevent my labor from progressing.  Sadly this victory was short-lived when at 23 weeks (17 weeks early), I gave birth to a very fragile Ashton who only weighed 1lb 4oz. Ashton had a 13% chance of survival.
His lungs were very underdeveloped and he relied on a ventilator for a long time. He also endured heart surgery, multiple blood transfusions and battled a very severe case of sepsis that nearly killed him. I wasn't able to cuddle my baby for 30 days after giving birth.
For months, I watched this tiny little scrap fight for his life in a plastic box. 137 days later and with the support of home oxygen, we finally brought Ashton home.

Despite having such a premature baby at home - I found myself comparing his progress to other premature babies. Through Facebook, I became friends with a few mum's whose babies had been born early but none as early as Ashton. Over the coming months, I noticed these other mum's posting about their baby's milestones; sitting up unaided, holding a rattle or their bottle, etc. Ashton wasn't able to do any of those things.
Just before his first birthday, we took him to a doctor who specializes in neurodevelopment.  The doctor did a physical assessment of him and then sat us down to tell us that he was sure that Ashton had cerebral palsy. I knew deep down this diagnosis was coming but it still hit me like a truck! I asked him how sure he was and he said he was certain and that it was apparent that he was severely affected by it.
Our baby is disabled.

From the moment we got Ashton's diagnosis, it felt like we had arrived on an alien planet and we were feeling around in the dark! I had so many unanswered and unanswerable questions: "Will he walk?" "Will he talk?" "Will he go to mainstream school?".  Suddenly our life revolved around routine medications, daily physiotherapy, various pieces of equipment, hospital appointments - all mixed in with typical parenting practices.
Every day I was learning something new, it could be something about his condition that I didn't know before, or maybe a special needs hack passed on by another parent to make life easier, or a new support resource, etc. I was very aware of this huge learning curve and just how different our life was from that of our friends with neurotypical children.  At times I felt quite isolated. Ashton, within himself, was happy and content - he didn't know any different but I longed for contact with parents like us with children like us.
At age 2, Ashton started a special needs pre-school. At the induction, we chatted to parents with children starting who were just like Ashton! It was so refreshing and such a comfort to engage with parents who lead lives just like ours.  8 years down the line, those two sets of parents have become our closest friends, at times a lifeline and our kids have developed a very close friendship! Best friends forever!

Ashton is now 8 years old.  He has quadriplegic cerebral palsy. He is nonverbal and also has a Global Development Delay. Yes, my son is profoundly disabled. This disability is something he has but it's not who he is. He is a happy, vibrant, noisy little boy who thrives.  He loves to sing and play musical instruments. He enjoys hydrotherapy in his hot tub, as well as bike rides, school is his favorite place as he gets to hang out with his best friends.
Ashton recently transitioned from a special needs pushchair to a proper wheelchair. A lot of parents struggle with this but I forced myself to look at the positives. Ashton's wheelchair allows him to travel, play, explore and have fun. It allows inclusion which is hugely important to us.
There's nothing we can do to change Ashton's disability. I can't control that. However, I can control how I perceive this and my attitude towards this. Ashton fought bravely to be here. He's more than earned his spot here on earth. Along the way, he's taught me so much. We have a lot to be grateful for.

Mother and carer to Ashton who has quadriplegic Cerebral Palsy.