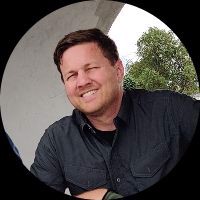 Extreme Motus manufactures off-road wheelchairs. These chairs have large low-pressure tires that act as suspensions for the rider. They even keep the chair buoyant in the water. Primarily designed as a hiking wheelchair, the Emma X3 is built for going on adventures in places like National Parks, dirt hiking, and walking trails.
But no one had ever taken an X3 to a skatepark before Sam and I decided to try it.

Sam & I have been friends since high school. I love Sam because he laughs at all my dumb jokes and Sam loves me because I treat him like a regular dude.
Together we have a TikTok channel that has grown to over 200,000 followers. We started taking the X3 to skateparks in hopes we could make some cool videos on the obstacles there.
As a 40-something-year-old guy, I was a little nervous the first time we went to hang out at the skatepark.
I imagined this cement playground filled with rebellious teenagers who would mock my dad-bod. And possibly make jokes about Sam's disability that would have sent me into a blind rage and probably landed me in jail.
We timidly walked into the arena and began trying a few of the obstacles. Over time our confidence grew, we took bigger risks and did cooler tricks. I was even launching Sam into the air over some of the ramps.
The great thing about making videos for Tiktok is they only need to be 15 seconds long. Coincidentally that is exactly the amount of seconds I can run before needing to sit down and breathe.

My favorite moment from that first outing at the skate park came when we tried a long curving rail. The crescent moon-shaped rail started low and swept upward in the middle before depositing those who dared back on the ground.
It seemed to be the most challenging obstacle in the park as most kids used it as a bench when not skating. I knew if we wanted to earn the respect of the 14-year-olds hanging at the park that day we needed to shred that rail.
I wheeled Sam up to the rail, popped a wheelie, and leveraged every bit of my dad-bod strength to slide him and the chair over that rail. Kids were jumping out of the way in disbelief that a wheelchair was sliding toward them on their favorite perch.
The Rail Slide
When we landed safely on the other side I overheard one of them say, "Dude, they did the whole rail. Not even Tyler can do that!"
I don't know who this Tyler was, but I do know he had just been dethroned as the best skateboarder in Springville, UT population 33,000.
Sam & I had taken our rightful place among the cool kids.

Sam and I try to get together at least once a week to have an adventure. Skateparks, National parks, geocaching, and just driving around being silly.  If you want to join the adventure look us up on Tiktok and join the fun.
https://www.tiktok.com/@extrememotus 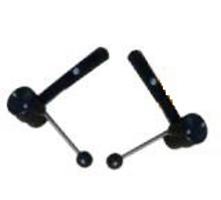 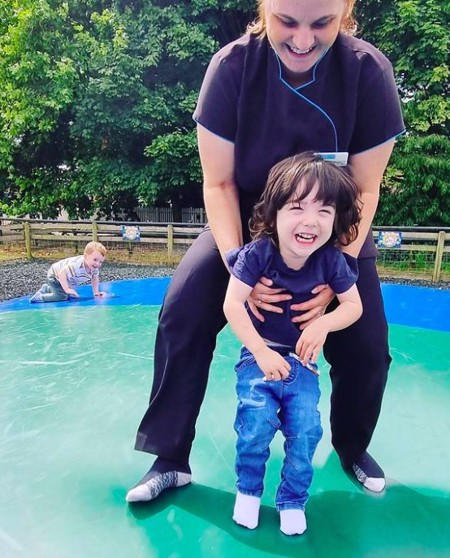 Ordained minister for the church of the latter day dude.