yoocan - Devann Murphy - I want to be extraordinary!

I want to be extraordinary! 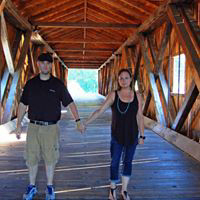 We all have had a moment that has defined our life. It’s that one moment in time - good or bad - that has set the course of our life and defined who we will become. For me, that moment occurred on January 20, 1991. It was the moment that I heard the words “you have cancer.” I was 11-years-old. At the time, I knew little about cancer. To me, cancer was death. This was reinforced when the attending doctor told my parents to take me home and wait for the end. He optimistically told my mom and dad that death, though painful, shouldn’t take long. In fact, he said, it shouldn’t take more than six weeks. We refused to listen to him. We sought a 2nd opinion, and then a 3rd. A rigorous course of chemotherapy was sketched out, as were surgical plans. Over the course of 18 months, I underwent 75 chemo treatments. At first weekly, but over time, became less frequent due to low blood counts. In between chemo, I also had multiple surgical procedures. The first - initially scheduled as a total amputation from the hip down - turned into a limb-saving bone transplant. I spent 3 months in a Spica cast - a cast from my chest to my toes - and another 9 months in a brace, which I absolutely hated, but affectionately named Bertha. I was bald for well over 12 months There were days of constant vomiting, hair loss, seizures, frustration, and tears. But there was also laughter. Cancer changed me. Cancer made me stronger. It made me a fighter. Who I am now was defined by who I became then. Giving up was never an option. When I was 11, learning to walk again was a challenge. Stairs were impossible. Ice was terrifying. But, hard work and perseverance prevails. Today, I go rock climbing, kayaking, skiing, handcycling, and have played hockey. I will spend my life on crutches, but I will not spend it sedentary. Thanks to a generous grant from the IM ABLE Foundation in late 2014, I received a handcycle in March 2015. I competed in two marathons, two triathlons, and a 40k race in 2015. My finish times were lackluster at best and I was disappointed with my performance. In March 2016, I met with a coach, began monitoring my dietary intake, and started training 3-5 times a week. In May 2016, my hard work was evident when I placed first in the women’s handcycle division of the Vermont City Marathon. Since that time, I have increased my training intensity in preparation of the Tour de Force Half Marathon, Hartford Marathon, and New York City Marathon in upcoming months. Twenty-five years ago, I knew I could do more. I knew I could be more. Cancer has taught me to never give up. It’s taught me that there are no excuses. And, it’s taught me that I don’t want to be ordinary. I want to be extraordinary.