"The motivation comes from home" 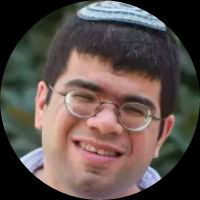 The words "cannot" or "give up" are not in my vocabulary

My name is Yehonatan Cohen and I am 30 years old. I was born after a difficult birth in the seventh month of pregnancy. Due to the low amount of oxygen received to my brain during birth, I suffer from cerebral palsy and I'm now in a wheelchair. I insist that the terminology used is "sit" and not "confined". I am unable to read because of vision problems, and writing is difficult because of the physical disabilities in my hands, but my motto is to overcome obstacles. I enlisted in the IDF Education and Youth Corps, then went to officers' course and was assigned to the unit 8200, and finished my service in the IDF Spokesman rank of captain. A year after my release, I returned to military service for three years. Two years ago I got married to my beautiful wife Yael, and now I'm in my third year of studies at Shalem College in Jerusalem where I am studying for a first degree in the Department of Humanities and Interdisciplinary Program in Philosophy and Jewish Thought.

Most of my life I learned in a regular school, which was not part of the special education system. I have always believed in breaking the glass ceiling. I do not believe there is such thing as 'impossible'. For me 'impossible' is anyone who does not really want to work hard for something. It is true that I cannot walk up 20 floors without an elevator, but most aspects in my life can be accomplished. I mean sure it's complicated, it's not simple, but it's not impossible. I think I've always believed it, and I received a good education from my father and mother. Ambitions and motivations mostly start at home. I look at other situations and see people with a lot of potential, but their parents never pushed them enough so their cases seem as they look. I want to share these positive messages to the public.

My motto in childhood was not giving up

There is no such thing as' I cannot ', but' my situation is just more complex and my parents helped me. My father is the head of the Mossad, the national intelligence agency of Israel. My mother always made me sit on the carpet with other kids, encouraging me to play with them, letting them touch me, and sometimes even fight with me. Her belief was not to wrap me in cotton wool. The aim was to show that I am exactly like my other siblings at home. Serving the State of Israel, the IDF and believing in Zionism, Judaism and myself are all ideas that are deeply rooted within me. Originally published in http://www.maariv.co.il/news/israel/Article-563616 Interviewer: Ilana Stotlnd Photo credit: Hadas Parosh and Ariel Zandberg 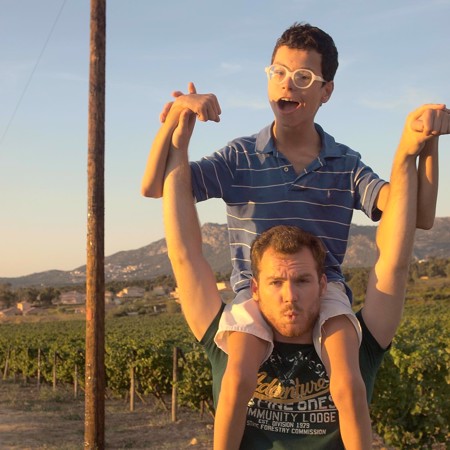 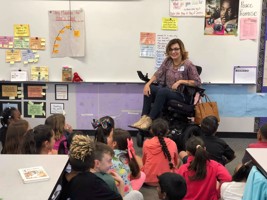 About a year into my injury, I began speaking at churches and elementary schools. I would share my story and talk about what life was like for me as …

Being born with severe Cerebral Palsy did not stop me from being drafted to the Israeli army and to attend university.