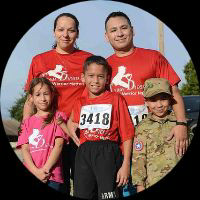 Diego Mercado was born as a congenital Amputee with the absence of his right Tibia and a deformation of his right hand, however this has never stopped him from being an average kid with above average dreams of being a Soldier just like his Father Jason who has served in the US Army all of Diego's life. "The challenges were probably more difficult for us as parents because we were always compelled to run to our baby whenever he stumbled and fell it was heartbreaking watching all of the other kids stare or point at him" Said Jason. But every time he fell, he learned how to get up and eventually he learned how to be proud of his limb difference.

Jason describes one incident, "I'll never forget when I took Diego to the park and as I was talking with another parent I saw a crowd of kids huddling around the area where I knew Diego had been playing, I immediately thought the worst!... I expected all out bullying and I rushed over."..."but when as I walked up close enough to hear the kids talking, I heard them say things like "That's so cool! and I wish I had a robot leg! ". Diego had a game of show and tell as he adjusted the liner in his prosthetic leg and he was totally proud of his leg. The kids curiosity was satisfied and they diverted their attention to a game of tag lead by the Diego. It's only natural that a boy aspire to be like his Dad and for Diego, being a Soldier just like his Dad has been a dream of his for as long as he could remember.

Jason, an Army Soldier, didn't want to hide the truth about his son not being able to join the military and wrestled with how to break the news to Diego. "You raise your children with the idea that they will grow up to be whatever they want to be, but I know how selective the military service is when it comes to being physically and medically qualified." All of that changed one day as Diego's school was asked to cheer on Veteran cyclists on their path through Fort Hood. Mrs. Marybeth Mareau, Diego's then Kindergarten teacher thought it would be a goof idea to have Diego ride tricyle up front where the cyclists would be rounding the corner. This would be a decision that would ultimately change then 6 year old Diego's life. The excitement filled Diego's face as sat on his red Ambucs tricycle and waved an American flag and he could see off in the distance, a large group of motorcycle riders lined up in a row. His excitement grew as the motorcyclists rode past, revving their engines loudly. Diego began looking over as someone shouted "There they are!". He looked over and saw the silhouettes of people riding bicycles, some seemed to be much lower to the ground than others. Finally the first wave past and as they past Diego, each one of them made an effort to high five the kids as they rounded the corner. Diego began noticing something was different about the cyclists with the fancy tricycles--They didn't have legs. The second year a 7 year old Diego got another opportunity to see those same cyclists again out in front of his school, but this time Diego wanted to show his support in his own way. He asked his Dad to buy him his own kids sized military uniform and he decided to wear it for this particular occasion. Again he saw the motorcyclists and the first wave of riders. But this time the cyclists began noticing Diego. As they rounded that very same corner they did the year before, one by one each cyclist began slowing, then stopping. One cyclist even presented Diego with a memorial bracelet of a fallen cyclists in hopes of passing the torch of inspiration. They all wanted to stop for a brief moment in time to meet the patriotic young boy in the Army uniform waving an American flag and proudly sporting his prosthetic leg. It was a day that Diego actually stopped an entire race just by being out there to show his support.

This time his Dad was there to see it all unfold and Diego quickly pointed out "Dad they have legs like me!" Immediately Jason saw the connection between the admiration Diego had for him, and his dream of being a Soldier. "At that moment, after I saw his reaction, and the connection he felt to those service members, I realized that maybe I didn't have to tell him that he couldn't be a Soldier." A Soldier in his own rights, Diego suited up in his Army uniform and began riding his red bicycle in 5Ks one event after another to help raise money for veteran organizations. In 2015 Jason organized a gofundme page that raised over $600 to purchase Diego his own AMX recumbent bike which was presented by an Air Force Veteran amputee. He was also given an updated Trooper Clothing uniform and everyone from his Dad's unit attended, including the Commanding General. In 2016 Diego and his family began Team Diego, a 501 C(3) non profit organization that seeks to bridge the same connection between injured veterans and children with disabilities. Their motto "Every Warrior Matters!" simply means that you can be a warrior in your own rights, given your own sets of challenges. "It's our mission to bring awareness to the unmet challenges of injured veterans and children with disabilities" but Jason points out that they are more than that. "We hope to inspire kids to overcome their challenges, just the same way these service members do and conversely we hope to reconnect injured veterans back to the community by showing them that there are kids out there that still hold them in such high regard." Diego has progressed from riding his red trike and now runs with the help of his Ossur running prosthetic that he received in early 2016. He has had the opportunity of working out with many Veterans, Paralypic athletes and His story has been featured on the Todayshow.com, TDJakes.com, Miami Herald, Huffington Post, Pop Sugar, World Star and many other media outlets. Among all of the mental health conditions that service members face concerns such as Post Traumatic Stress Disorder (PTSD), Team Diego is an ideal source of motivation that gives them a source of hope and purpose. More information about donating to Team Diego can be found at www.teamdiego.org or by searching Diego4warriors on social media. 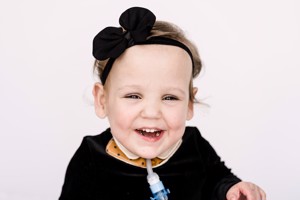 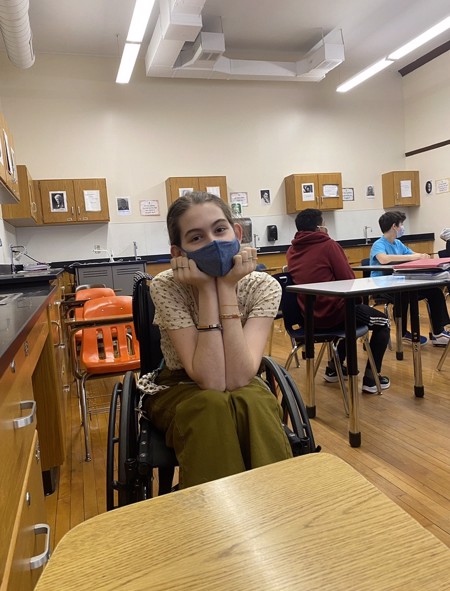