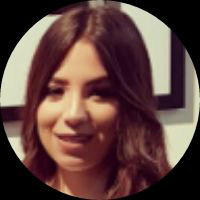 Who I am? I am an ordinary woman that something extraordinary happened. Adversities are an inevitable aspect of life. However, we all have within us a force that is greater than any adversity. July 12th., 2013 was movie night and I was on my way there when my life changed completely. That night I had a car accident so violent, it nearly killed me. From that moment on I became involved in a series of daily battles for survival. When I arrived at the Hospital I had my first surgery to decompress my spine. Mom remembers distinctly what the surgeon told her: “She is in critical condition, we don’t know if she will survive the surgery, but we must decompress the spine inmediately to avoid further damage”. Dr. Mauricio Krivoy said since I also suffered a massive pulmonary contusion, I was on a ventilator for more than a week, which was less than ideal but my lungs were in terrible condition. I got respiratory infections that delayed my weaning from the respirator. It was under those conditions that I underwent a second surgery to stabilize my back. My lungs started to recover slowly. The critical stage was over but I now had to face another terrible event: I could not walk.

I found a Finnish word with which I feel very identified: "Sisukas". It means to decide, to have more control against the odds, and decide to face adversity with courage and determination. It is to be decided by accomplishing something even when many others give you. Practicing it is just facing your challenges with value and determination, against all odds. When I look myself in the mirror I see a warrior, an unstoppable fighter. That’s why I feel identified with the definition of “Sisu”. I am determined to achieve my goals even though many others give up! That's me! I am currently studying Fashion Merchandising at the Miami International University of Art and Design. This is one of my dreams and my new challenge. I will show the world that even the world of fashion being one of the most critical, I here to make a difference. Because the truth is that it is my now, and even if it were forever is no reason to feel bad, because beauty reflects how well we feel about ourselves and what we project. It goes beyond whether or not we walk.