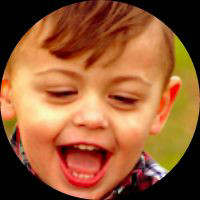 From the beginning of my 34 week ultrasound

When we were planning to have our first child, you never think anything could possibly happen or go wrong. It's not the first thought that enters your mind. You think about the person the baby could be, the activities they will be able to do, what will their interests will be, etc. My pregnancy was a textbook pregnancy until my whole world turned upside down at 34 weeks. I went in for a routine ultrasound to check on our healthy baby boy.

The ultrasound tech started the appointment and something apparently caught her eye. She kept going back to his head and called for the doctor to come take a look. This never happens.  You typically see the doctor after the appointment. The doctor came in and the look in her face scared me to my very core. The worst came to my mind. She pulled us into the office and explained that there seemed to be some fluid on our baby's brain. She wasn't sure what was causing it or where it was coming from, but they referred us to a specialist. I went into instant panic mode.

We were referred to a specialist in New Orleans. They did another ultrasound to see what my doctor saw and told us it could have been a few things and asked to run some tests. All the tests came back negative or normal. The fluid never moved (increased or decreased) throughout the rest of my pregnancy. We were monitored every 2 weeks until Greyson was born via c-section at 5:30 p.m. weighing 6 lbs 12 oz & 19 3/4 inches long. We thought that he would have had to go to the NICU, but he ended up not needing to go. He came out doing everything and looking just like a "normal" baby should be and look. He had an ultrasound of his head while in the hospital. They said that the fluid was still there. The doctors agreed that he would need an MRI done while outpatient. We were discharged almost 3 days later.

At 2 weeks old Greyson underwent an MRI, which caused us having to stay the night at Children's to avoid having a panic episode. Right before being discharged we finally got the results we had been waiting for. The doctor came in and I'll never forget that day. She told us that he appeared to have suffered a stroke in utero with a brain hemorrhage. The fluid is still there, but it appears that the brain hemmorage had healed. Where it happened will affect his coordination. Even though we were trying to soak in what was told to us, we didn't really realize what was going to happen and truly be the effect of it. It took a long time to come to terms with it and to understand everything that came with it. The moment we came home from the hospital he was enrolled in Early Steps to start early intervention.

Greyson has come a very long way. He is delayed in a lot of his milestones. It took him 4 months before he was able to lift his head up on his own. He had to have 2 eye surgeries because he was cross eyed. After this vision was corrected he was able to improve his coordination. He didn't crawl on his hands and knees until he was 2 years old. Sitting on his own took a long time to master and he is still a little wobbly on it, but sits up so much straighter. The stroke has affected his ability to balance and his coordination. He is almost 2 1/2 years old. He is not standing or walking independently without assistance. Greyson has to wear a pair of AFOS to help with his tight muscles and low muscle tone.  He also walks with a posterior walker, which he cruises in now.  He is still nonverbal, but has a lot of coordination issues when it comes to his mouth.  He goes through a lot of therapy weekly.  He has physcial therapy once a week, speech 3 times a week, occupational therapy twice a month, and a special instructor with the school board works with him twice a month.

At his 2 year MRI, we were told that the fluid was completely gone! He has no idea that he is different or should be doing things a different way by now. He is such a happy child and always wants to make people laugh. He is fun loving and full of life. He is determined and doesn't let his disability stand in his way. He was officially diagnosed with Cerebral Palsy at the age of 2 years old. To him this is just a diagnosis. It doesn't define him. He was the Cerebral Palsy telethon poster child in our area. If he wants to do something bad enough, he sets his mind to do it and gets it done. He's our biggest blessing and has changed our lives for the better. We didn't think our lives would end up like this, but there is a reason it did. I honestly wouldn't change it for the world. I would change the world to make his life a little easier. This is why I try so hard to advocate for him. I run a blog and an instagram that tracks his journey. I will keep fighting and be his voice to get him what he needs. 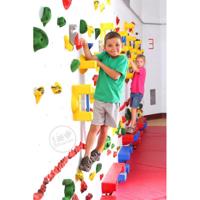 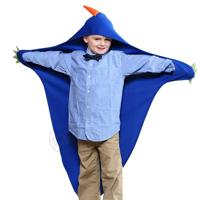 The Toothbrush Pillow
15% Off
LEARN MORE

Yoocan! It was a summer of sport and wakeboarding for Alex Molina Rodriguez! Remember Yoocan do anything! Enjoy his fun day. 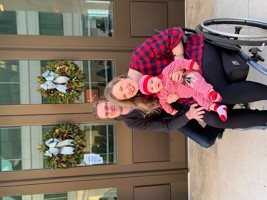 Disabled by a Rare Tumor, Recovering My Life

Gratitude for Each Small Victory In June of 2019, doctors in the Emergency Room discovered a large tumor in my spinal cord just 3 weeks after I had my first baby boy. My neurosurgeon…

I am a married mom of 1 little boy who is a pediatric stroke survivor and suffers from Cerebral Palsy. We recently gave birth to another son.

The Toothbrush Pillow
15% Off
LEARN MORE