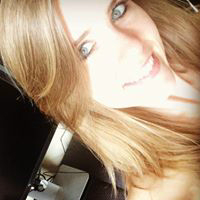 My journey started with a right hemisphere ischemic stroke on August 26, 2013. I surprisingly remember most of the day: being wheeled out of work on a stretcher; being in the ER; going under before they, excuse the crudeness, sucked the blood clot out of my brain. I had been administered tissue plasminogen activator (tPa) before the blood clot was removed and, per the stroke coordinator, it took my stroke from a level 9 to a level 6. I was lucid enough after the operation to ask non-stop questions. I remember irking the nurses because I kept trying to get out of bed. My stroke was on a Monday and I was out of the hospital that Thursday. No inpatient rehab, just a million standard follow-ups.

My brother was married a week later and I was there, in the wedding! My left shoe just kept slipping off, oddly enough. Two weeks later I was back in cardio kickboxing class. I started three weeks pre-stroke and wanted back at it asap. I noticed my left punch wasn’t as strong and my left kick wasn’t as coordinated, but I was there. I loved it…I miss it. On July 2014 I had walked myself into a stress fracture in Charleston, SC. I had to take myself out of kickboxing for a little while. I never made it back. I was scheduled for, and underwent, a tendon transfer in my left foot on September 2014.

I am not sure if my stubbornness is biological (I am quite stubborn) or something happened during surgery that I will never know about, but it did not help. It made it worse. I could feel my foot turn inward in the hard cast, and the less the swelling the more the turn-in. And for those that do not know, spastic toes in a hard cast hurts a lot. A lot. I was not going through something like that again. I had the tendons in my toes cut to limit the spasticity, but they, in the orthopedics terms, turned from snapping turtles into reining horses. Hammer toes…not good. It didn’t take long to decide enough was enough. I tried botox injections and AFO bracing and neither worked. Fusing tendons to bone so the muscles could spasm against the bolts for the rest of my life was not the kind of future I was willing to accept. I made the decision to amputate my left foot.   After my tendon transfer I finally had a diagnosis. Two neurological movement disorders; dystonia and spasticity throughout my left side. Know that I am typing this whole thing with my right hand because I have limited mobility from dystonia and cramping fingers from spasticity. I have developed functional scoliosis, as well. And my foot was past a point of no return.

To make a long story short on the hardest part of everything, my mom was diagnosed with cancer two months after my stroke. She fought courageously for over two years and will forever be the golden standard of strength in my life, but she lost the battle December 2015. I postponed the amputation to remain be with her when needed. So, January 2016 I started looking for someone to amputate my foot. I found an amazing surgical organization to perform an Ertl amputation.

On May 09, 2016, I had an elective Ertl amputation to continue with my life. And continue I did! I got my first prosthetic two months later and was running less than three months post-amputation. I am currently training for the Ragnor Relay and Rock & Roll Half Marathon in Nashville for 2017. I’ve never been a runner, but you (I, truly) never know what you have until you lose it. And, I start kickboxing next month (eek!). Life throws curveballs and you let them knock you down or you dodge them. Your choice. I don’t like to be knocked down. Two years of adversity and I can finally stand proud on my own 2 feet. Plus, I have backups!