Life As a Double Amputee Runner 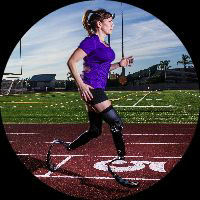 Whenever you find yourself doubting how far you can go, just remember how far you have come.

My name is Jami Goldman-Marseilles and I am 48 years old. I am a Mom, Teacher, Author, Athlete, Mentor, Motivational Speaker, Challenged Athlete Foundation Ambassador & OSSUR ambassador. In December of 1988 at age 19, I was stranded in a car with a friend, during a terrible snowstorm in a desolate area of Northern Arizona for 11 days. Finally rescued by snowmobilers, I lost both of my legs due to frostbite. Exercise was, much to my dismay, but the key to my recovery. I realized that exercise was also a key to life and I eventually excelled in running sprints, and spent years on the US Paralympic Track and Field Team breaking the 100m, 200m, 400m World Records. In 1999 I was featured in a National Adidas Commercial running on my prosthetic's. Distance running called, though, and in 2001 I became the only double amputee woman to complete a half marathon.

Since then I have written my "UP & RUNNING" The Jami Goldman Story, competed in The San Diego Triathlon Challenge race 5 years in a row and have finished (5) 1/2 marathons. On October 11, 2015 I became the first bi-lateral below knee woman amputee to finish a marathon in the City which I was born (Chicago). On April 18, 2016 I became the 1st and only Female Bi-Lateral Amputee to Complete the Boston Marathon in Honor of the Boston Bombing Survivors, some of whom I mentor. Following the Marathon I got to throw out 1st pitch at Fenway & gave a motivational speech to The New England Patriots at Training Camp for FOXSPORTS "Mission Possible". My goal in Life is to pay it forward & show others that No Matter what obstacles we face, with determination & a NEVER QUIT attitude we can Conquer Anything! In October of 2016 I was diagnosed with Early Stage Breast Cancer, Another Life Battle which I will Overcome and Conquer. I reside with my Husband & 2 children in Huntington Beach,CA..iamjami.com #yoocandoanything #nolegsnoproblems #amputee #athlete #nevergiveup #impossibleisnothing #believe #iamjami #kickcancersbutt #marathonrunner #lifewithoutlimitations #teamcaf #Bostonstrong

Hole in one Abdul Nevarez loves golfing and has overcome many obstacles to continue playing the game ever since a life-changing motorcycle crash. After surviving… 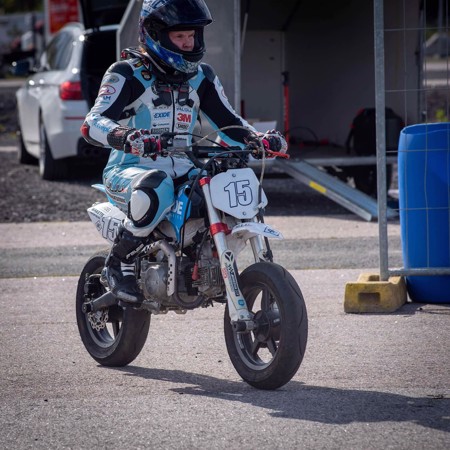 My story - in a nutshell Hi, my name is Ulla and this is the timeline of my story in a nutshell. In March 2002 an accident happened and I was left paralyzed. I was 15 years o…

I lost my legs 29 years ago to Frostbite.. I was not letting that stop me from living my life to its fullest & inspiring others to NEVER GIVE UP!!!