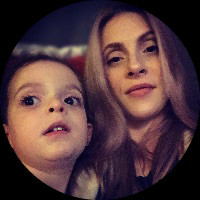 The pain of my new reality

At the age of 18, I thought I was invincible and had the world in the palm of my hands. I was young, wild and free! It all starts with the news that my family was moving. My boyfriend and I decided that we would make the move across the U.S. to be closer to his daughter. We were out with a friend of ours going around and saying our good byes, but all that changed in the blink of an eye.

We had run into some of our friends on the road and we begun to race. It was both exciting and scary at the same time, but my fear started to win over my excitement. We were headed into traffic and I asked my friend to slow down. He and my boyfriend mocked me for being scared. I was sitting in the back seat where there weren't seatbelts that I could access, so I was really scared! We tried to pass another vehicle on the shoulder of the road and when we pulled back onto the road we begun to fishtail, and in that moment I knew this wasn't going to end well for me. The next thing I knew I was rolling in the sand. When I was able to stop I knew I was in bad shape. I had a broken leg and I couldn't feel anything. I also knew I broke my back!

After math of the accident

I spent the next 2.5 months in the hospital recovering and being rehabilitated. I had to relearn everything. The hardest part was learning that I would be a paraplegic (T4) for the rest of my life! But I was determined to try and do the best I could to be me. Upon being released from the hospital I did ok for a few months. But I struggled so much with the reality of this life I had to figure out. But instead of trying I gave up and got mixed up in a life style that was ugly. I ended up so sick and had to be hospitalized, I was within an inch of losing my life. But not even that snapped me out of the head space I was living in. It wasn't until my mother passed away when I was 24 that I wanted to change. I ran into an old flame who was trying to get things together and things blossomed between us and I knew I met the love of my life. But little did we know that we still had some hard lessons ahead of us. About 7 months into our relationship he was arrested and headed to prison. He did almost 5 years, but in that time we did a lot of work and got married, got sober and GREW UP! He was released in 2011 and we have done so well. We are still sober. And we had a baby boy (Maverick) who is now 3 and such a joy. And in just a little over a week we will be welcoming our daughter Mila into our little family. Though the last 15 + years of my life has had some major low points, the good that I have worked so hard for outweighs the bad. I wouldn't change any of it! My life is so full of joy and happiness and it's because I finally figured out that it's a choice just like anything else. I look forward to the future but I spend my time in the moment with the ones I love and who truly love me.