My Quest to Run Again 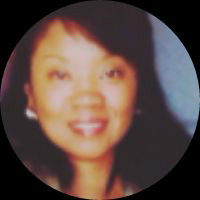 I woke on that Friday morning, the first Friday after the 4th of July and started my day the same as I have always done before. By waking at 5:30am, making my delicious strawberry/ banana smoothie with peanut butter and whey protein. After stretching properly I attatch my water bottle, iPod and headphones and am out the door by 7am. On my seventh mile I turned around and decided to go back home. And that is when I was ran down by a car speeding out of control at 92mph.

The car hit me while I was running in the grass. I remember falling really really hard and smelling blood but also remember feeling this deep feeling of embarrassment because I thought that I had fallen because I tripped, and just chalked up the reason that it felt so hard is because I was in running motion. So I tried to get up 3 or 4 times to run on home full of embarrassment from cars seeing me trip and fall. Every time I tried to stand and run I would fall down on that bone really hard not knowing the reason was because I did not have a leg to stand on. When in fact so much more had happened than me just falling or even more than me getting knocked down by a car speeding out of control.

In fact, when the car first hit me I was thrown in the air so high that people thought I had flown out the car from not wearing seatbelt. The guy who hit me was in highschool and people thought I was a kid too because my size. Not quite 100 pounds. My foot was sliced off by the car window and landed in front of a Korean doughnut restaurant and was put on ice by one of the customers there. It could not be saved because the damage and there was also no bottom part of leg to save it to because the car rolled back over me burying me in just enough dirt to contaminate my leg making something that started with me loosing my foot now almost cost me to be above knee amputee but my surgeon saved my knee and it took so long for the wound to close that it was discussed to improvise and I will have surely lost my knee too.

Now I am healed enough to walk with one crutch. My goal is to start my run at the exact location that I was so traumatically forced to stop running on that hot Friday morning. I suffered 7 injuries that could have been tragic each one individually. The most serious being back broken in two places, neck fractured and amputated at the scene. I am only here today because a guy at work nearby came over and took off his belt and wrapped it around my leg and stopped me from bleeding out right there in the dirt. I remember being in so much pain and kept wondering how am I even still alive and feel this much pain. In so much pain that I asked I guy that was holding me still so I didnt make a bad situation worst to let me go and pray for me. For some reason I was thinking that he was in control of me breathing and I no longer , not even for one more second feel this way!

I wanted to die so much that I begged him. I also suffered from severe brain injury and was in a coma for almost two weeks. My husband and family were told that I will be brain dead forever. I now suffer from PTSD and have not been able to listen to any music, watch any soap operas, stick anything in my ear, go to quick trip, or even wear a hat. All of there things have a very specific reason. I am so happy to be here today and I am the best version of myself possible in this second chance of my life. I am studying to become one of Jehovas Witnesses and I am now happier that I was before even with all of the pain because now I am grateful for every thing. Even for walking and talking at the same time. All of these things were a big challenge and are still challenges that I am still trying to overcome. I left home that morning in running shoes full of life and energy and returned back home more than one month later with neck brace, back brace, one leg, in a wheelchair and not even knowing how to turn on a phone. One of The news reporters that covered the stury will cover it as well when I take my first run. 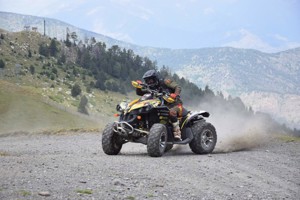